Future Islands appear on Comedy Bang! Bang! only to be shooed away — watch 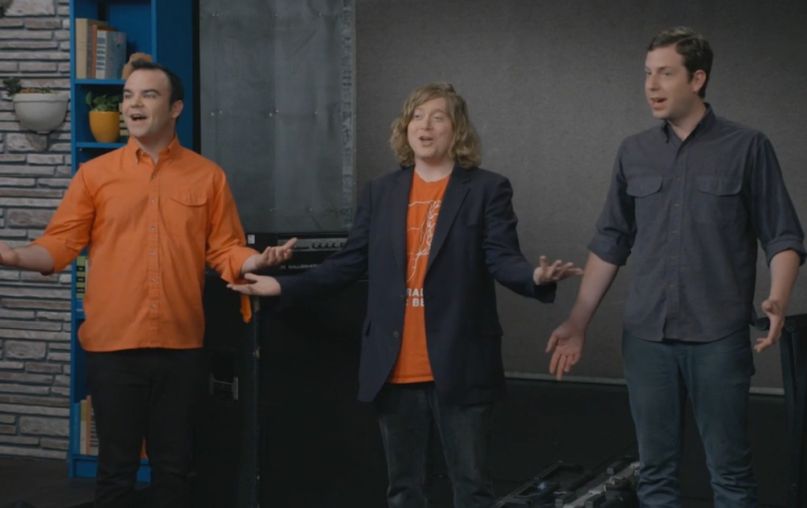 Comedy Bang! Bang! has had more than its fair share of musical star power over the last few weeks. For their latest season, hosts Scott Aukerman and Reggie Watts have welcomed the likes of Flaming Lips frontman Wayne Coyne (and his unsurprisingly weirdo music) and one of New York’s finest in The National (who couldn’t help but throw some hilariously blunt “shade” Arcade Fire’s way). This week, the sketch comedy’s been graced by yet another A-list act, Future Islands.

Derailed by a broken tour bus, the Baltimore synthpop outfit find themselves awkwardly trying to kill time on the show. The band offer to play a tune for Aukerman and Watts, but they never seem to get the go-ahead to do so despite their repeated pleading and puppy eyes. Let’s just say the Comedy Bang! Bang! hosts don’t love Samuel T. Herring & co. as much as David Letterman and U2 do.

Watch the amusing clip below.