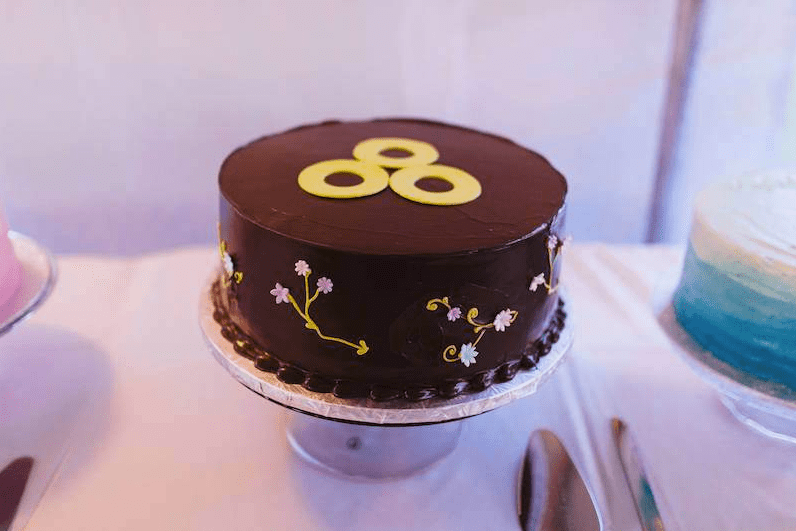 Over the summer, we learned about one adorable couple who celebrated their happy engagement at arguably one of the most positive, feel-good locales for die-hard music fans: Bonnaroo. As it turns out, that’s not the only couple who found love at The Farm, as one set of lovebirds ended up planning an entirely ‘Roo-themed wedding. Warning: Things are about to get pretty misty up in here.

Andrew met his future wife Keri back at ‘Roo 2011 by pure chance, a moment the two have never forgotten. He went on to propose to her at ‘Roo 2012, and this past summer, after much thoughtful preparation, the couple pulled off an elaborate, yet wholly charming wedding which featured all the trademarks of a Bonnaroo event. That includes campgrounds, posters, bracelets, a “Before I die I want to…” wall, food trucks, various “stage names” in place of table numbers, and even a yummy cake boasting the ‘Roo logo.

Below, check out a series of photos documenting their Bonnaroo love story and subsequent wedding, complete with captions from Andrew himself (via Festival Snob/Reddit).

“One of our first pictures together at Roo ’11, we had just met. Was invited to my first Bonnaroo in 2011 by a group of friends from University. Knew everyone but one person, she ended up being the one.”

“Friends holding the proposal banner I made for Roo ’12. I had taken her to the roof of our RV with the ring hidden in my shorts under the guise of taking some photo’s of our surroundings. Our friends took the rolled up banner out to the field and unraveled it for her to find while taking pictures. The best part was I hadn’t told anyone what I was planning and not one person in my group asked why I was bringing this massive rolled up canvas on the trip from Toronto.”

“So, having met at Roo, gotten engaged at Roo, we decided to have a Roo-themed wedding. We did the invite in the style of a concert poster and mailed them in tiny poster tubes. My wife designed all the graphics, fonts, and just about everything else.”

“It took us four months but we finally found the perfect setting to recreate the feel of the farm.”

“We re-used the proposal banner as a walkway”

“The front of the booklet with our glasses and the bracelet”

“Complete with our DJ at the Which Stage.”

“Rather then a guestbook we had attendee’s fill out our own ‘Before I Die’ wall.”

“Best Day of my Life. As a wedding gift, our friends got us a Bonnaroo Tree, so come find us at ‘Keri & Andrew’s Wedding Tree’ at Bonnaroo 2015!”