The Afghan Whigs – Gentlemen at 21 [Reissue] 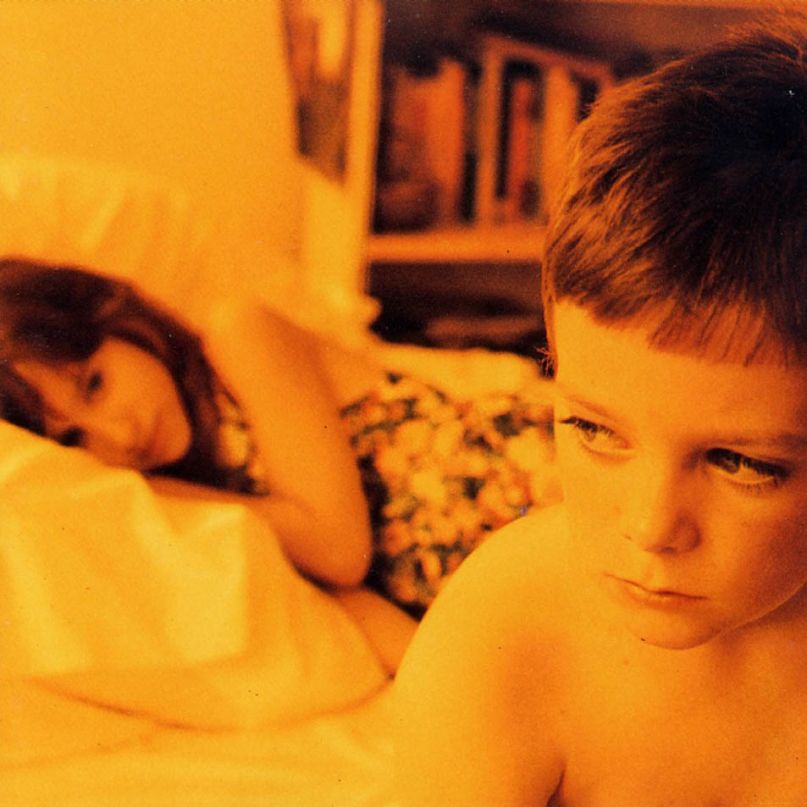 In retrospect, it shouldn’t be surprising that The Afghan Whigs and their 1993 masterpiece, Gentlemen, remain on the fringes of discussion regarding the defining bands and albums of their ’90s heyday. As a group, they were categorically out of step with every element of that scene. If clothes make the band, then the GQ Whigs couldn’t have done more to segregate themselves than don sports coats, button-downs, and loafers amid the eyefuls of flannel, denim, and Doc Martens. While their contemporaries dealt in distortion, sludge, and teen apathy, the Whigs were more apt to integrate R&B, funk, and full-grown obsession into their songs. And I’d confidently wager against finding another ‘90s guitar band who ended an alt rock album with a soul cover followed by a closing-credits instrumental. At the time, the sophistication of their threads, themes, and fusion of sounds made them the equivalent of four guys wearing tuxes to a kegger. The irony, of course, is that the fellas in tuxes spun that sophistication into a darker, grimier, filthier reality than most of their grunge counterparts ever managed to.

Gentlemen has long been known as frontman Greg Dulli’s self-medicated breakup album. But “breakup album” in the Blood on the Tracks sense registers as far too tame a label. Where Bob Dylan calmly reflected, “We had a falling out like lovers often will,” Dulli, on Gentlemen’s title track, hellhoundishly growls, “We dragged it out so long this time/ Started to make each other sick.” Gentlemen’s blood runs Tarantino red, and its tracks riddle every inch of both arms. This record is where dark and seductive meet obsessed and manipulative — as if the lush, red blanket spread across thick, green grass on the cover of Congregation, the Whigs’ previous record, has been pulled away with a magician’s voila to reveal a patch of scorched earth. From opening track “If I Were Going” — a patient passageway into Dulli’s tormented headspace — we get the album’s recurring thesis: “It’s in our heart, it’s in our heads/ It’s in our love, baby, it’s in our bed.” What’s gone down is all-encompassing, poisoning everything. There’s no off switch here, no escape, no respite. Just endless time to agonize as Dulli picks at his raw, open wounds.

The opening stretch of Gentlemen once again brands the Whigs as outsiders. The self-deprecation and whining of the early ‘90s are eschewed in favor of merciless and brutally insightful self-analysis. After all, primal as Dulli’s shouting is on “Gentlemen”, the words he’s recklessly bellowing into the night are “Understand, do you understand?” On “Be Sweet”, more provocative than the blunt and unsolicited admission of “I got a dick for a brain” are Dulli’s awareness of his relationship M.O. (“Now I’m OK, but in time I’ll find I’m stuck/ ‘Cause she wants to love, and I still want to fuck”) and manner of suffering while coolly handling a toxic situation (“Now that I’m ashamed/ It burns, but the weight is off/ Now that you’re out of the way/ I turn, and I can walk”). It goes back to that word: sophistication. Wounded as he is on Gentlemen, Dulli is honest enough to self-identify as both the culprit and victim in this relationship, and, if need be, he’s ready to play the part of assassin, his metaphorical crosshairs aimed at ending this mess once and for all.

Critics frequently tag the Whigs’ music, as well as Dulli’s other projects, as “cinematic.” Part of that can be attributed to Dulli slipping “shot on location” into his albums’ credits, but there’s no denying that much of the band’s output lends itself to filmic imagination. “I should have seen this shit coming down the hall/ Every night I spent in that bed with you facing the wall,” reflects Dulli on standout “When We Two Parted”, co-writer Rick McCollum’s burned-out guitar rendering the frontman’s frustration and weariness palpable as he leads us through the relationship’s dissolution — all those foreboding nights vividly scrolling before our eyes like we’re recovering our own suppressed memories. “My Curse”, sung by guest Marcy Mays, allows the woman in question the chance to speak her piece. “Hurt me, baby, I flinch so when you do,” she coos over smoky keys and Steve Earle’s jazz drumbeat, the way she seductively utters “baby” and the precision of a word like “flinch” bringing the lover and scene into picture. “And there’s blood on my teeth when I bite my tongue to speak,” continues Mays during the song’s climax. “Zip me down, kiss me there/ I can smile now/ You won’t find out.” She’s traded confrontation for the ephemeral opiate of pleasure. The sharpness of verbs like “bite,” “zip,” “kiss,” and “smile” paired with her husky, evocative delivery make the exchange and its ambivalence undeniably visual.

Much of the album’s second half turns outward and, consequently, menacing. Until then, Dulli, while often angry and embittered, seems rational and more introverted. But when he snarls, “Angel, forever, don’t promise me what you cannot deliver” on the skittering “Fountain and Fairfax”, it conjures images of threatening phone calls, shouting at bare, cracked walls, or sitting in a car outside an ex’s apartment. “Let me drink, let me tie off/ I’m really slobbering now/ Let it stink, let it dry up,” Dulli spits, his voice torn to shreds of fleshy tissue. Suddenly, the promise made earlier atop John Curley’s rumbling bass on single “Debonair” (“This time I won’t repent/ Somebody’s going down”) feels imminent. On “What Jail Is Like”, Dulli’s voice on the verses glides in methodical fashion as he cautions, “I’ll warn you, if cornered/ I’ll scratch my way out of the pen.” Cornered, paranoid, and agitated, it’s one of the few moments on Gentlemen when Dulli ducks culpability and points fingers; and we all know nothing good happens when you prod a trapped animal.

Gentlemen ends on a more even-keeled note, the instrumental “Brother Woodrow/Closing Prayer” playing out like a film’s closing credits. Before that, though, “Now You Know”, the album’s most aggressive track, violently pummels over plinking pianos until the song’s legs finally give out, and Dulli sings out into the silence what could have easily been the record’s final words: “Now it’s through.” But there’s something that wouldn’t have been quite right about that. Instead, that last note carries into the Whigs’ cover of Tyrone Davis’ “I Keep Coming Back”. “I wanna leave you,” Dulli croons, “but I just can’t leave you.” As darkly appealing as the unapologetic, agitated, and shamed Dulli is throughout the album, a truly honest record needed this plaintive moment of sweet, vulnerable uncertainty. It’s the redeeming touch that makes all that comes before it seem reasonable, permissible, and forgivable in addition to being truthful.

Like most albums that receive the deluxe reissue treatment, Gentlemen at 21 comes with a bonus disc of demos, B-sides, and live performances. Must-hears include the curiosity of Dulli singing the lead vocal on the “My Curse” demo and a cover of “Dark End of the Street” (interestingly, the tale of an adulterer fearful of being found with his clandestine lover), but nothing here will draw much attention away from the original material. Twenty-one years later, Gentlemen remains as much an outlier as ever due to its unlikely fusion of sounds and uncompromising view that breakups are as much about anger and resentment as wallowing and pining. Listen to Gentlemen again, and you’ll find it’s all still “in our heart, in our heads, in our love, and in our beds.”

Essential Tracks: “Gentlemen”, “When We Two Parted”, and “My Curse”