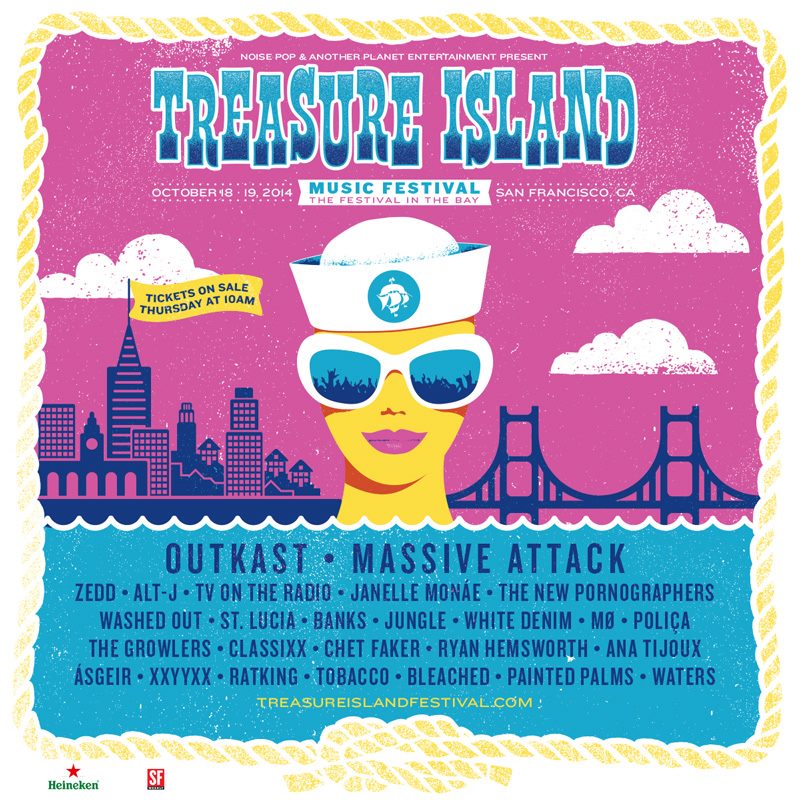 San Franciscans have a longstanding relationship with outdoor music festivals. Spurred by the city’s innate, free-spirited love of rock ‘n’ roll, the Bay Area leverages its superb weather and breathtaking scenery by offering countless music festivals throughout the year. From the free, independent concert series at Stern Grove to the commercial juggernaut that is Outside Lands, the stream of lineups headlining scenic venues is incessant.

This may be why the Bay commemorates each festival season with Treasure Island Music Festival, a two-day event held on an artificial island outside the city. It’s just far enough removed from the metropolis to offer concertgoers a reprieve from the day-to-day chaos, marking the end of summer with one laid-back weekend. This year it did just the job again.

While the weather is notoriously fickle, this year’s attendees were treated to a balmy, sun-soaked haven where they could chill out, drink beer, and listen to good music. And next to the island’s ocean breeze and Cali green grass (ahem), what proved even more relaxing were the relatively chill crowds. At just 10,000 attendees, the dense clusters typically bottlenecking San Francisco festivals weren’t an issue here. Save for the frenzied crowds at OutKast and Zedd—each of whom drew a remarkably distinct audience—there were no moments in which the music wasn’t accessible.

Saturday was the more party-charged lineup of the two days, packing in German electronic DJ Zedd, Ryan Hemsworth, and Janelle Monáe, while Sunday offered a more mild vibe with sets from Washed Out, New Pornographers, and Banks. But perhaps by far my personal highlight was when I got to finally see Massive Attack live—checking off a lifelong aspiration that lived up to the fantasy I had imagined so many times over. It was ultimately the perfect ending to the festival season, offering a tranquil experience that refueled the festival-loving pathos of the city.