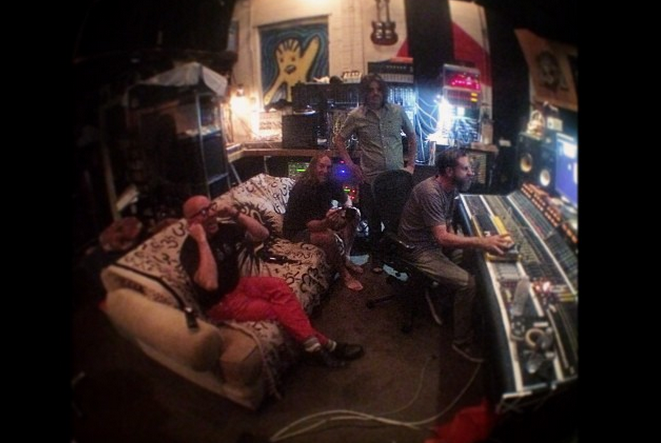 As of today, the only track Maynard James Keenan has released in 2014 comes in the form of a guest appearance on The Flaming Lips’ Miley Cyrus-aided Flaming Lips covers album. However, that could soon change, as we have visual confirmation that all four members of Tool have hit the studio to work on their first new album in eight years.

The band’s various members have teased the prospects of a new album for several years now, though a variety of factors, including a multi-million dollar lawsuit and Keenan’s lack of involvement have contributed to its lengthy delay. Recently, however, the band’s webmaster reported that the band’s new album is “progressing rather nicely,” and the below Instagram post seems to confirm that notion. It comes via guitarist Adam Jones, who included the caption, “Smoke on the horizon.”