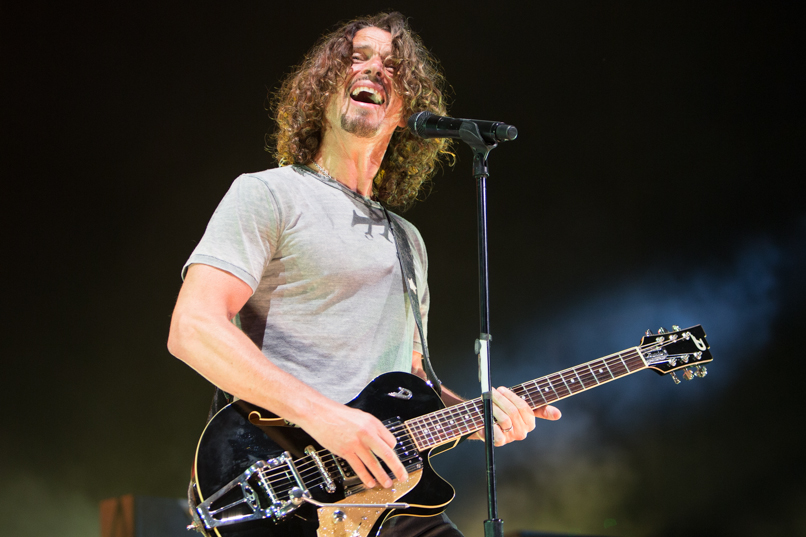 Soundgarden have unveiled “Storm”, their first new song since the band’s 2012 comeback album, King Animal. More dark and brooding than sweeping and anthemic, the rattling guitar drone, morose drumming, and Chris Cornell’s unsettling whisper are steeped in the band’s grunge-heavy prime. Watch the accompanying visualizer below, which features an equally ominous animated landscape.

While the band offered little insight into the song’s origins or purpose, it could be one of several unreleased tracks featured on a long-in-the-works B-sides and rarities compilation. A track by the name of “The Storm” is listed in a demo from circa April 1985, recorded in producer Bruce Pavitt’s basement.

Of the collection, which the band has hinted at several times in recent years, guitarist Kim Thayil told Alternative Press:

Any pre Screaming Life material? I don’t think so. Well, if it was something it might be from Deep Six. We were on the C/Z records cassette Pyrrhic Victory, we had ‘Incessant Mace’ on that, but we released that on Ultramega OK. So some of the pre Screaming Life stuff; there’s maybe two dozen songs that were never released. There’s songs that we liked well enough to record and play live all the time, but we never released in any form. I don’t think those would be included on a B-sides thing. We could re-record them, or take the crude early recordings and have that stand alone as a release on its own.

The song’s surprise release comes on the heels of the band’s performance at Neil Young’s Bridge School Benefit Concert over the weekend, along with the reunion of Temple of the Dog.