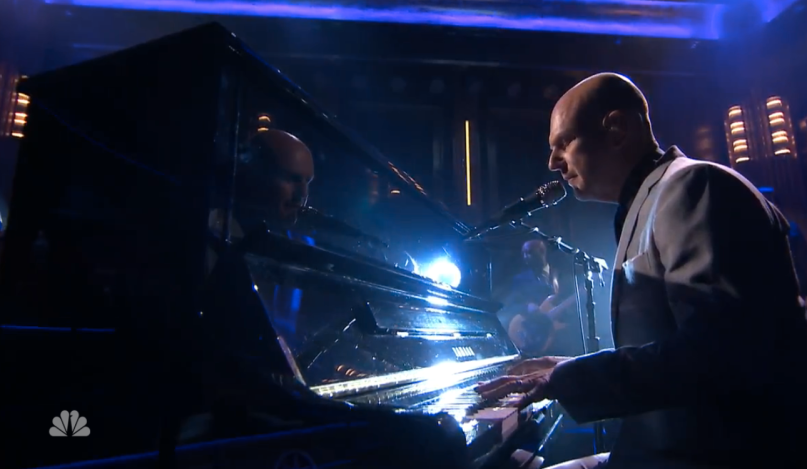 Radiohead drummer Philip Selway made his way to 30 Rockefeller Plaza last night for an appearance onThe Tonight Show Starring Jimmy Fallon. He was there to promote his sophomore solo album, Weatherhouse — but he didn’t come alone. For his performance of “It Will End With Tears”, Selway was joined by Sharon Jones’ backing band, The Dap-Kings. Watch the replay below.

Weatherhouse hit stores (and Spotify) just earlier this week, while his bandmate Thom Yorke released his own sophomore effort, Tomorrow’s Modern Boxes, a scant few weeks prior. Neither Radiohead member will have much time to bask in the new record glow, however, as the band is reportedly heading back to the studio shortly.