Nas learns of his ancestry on PBS’ Finding Your Roots — watch 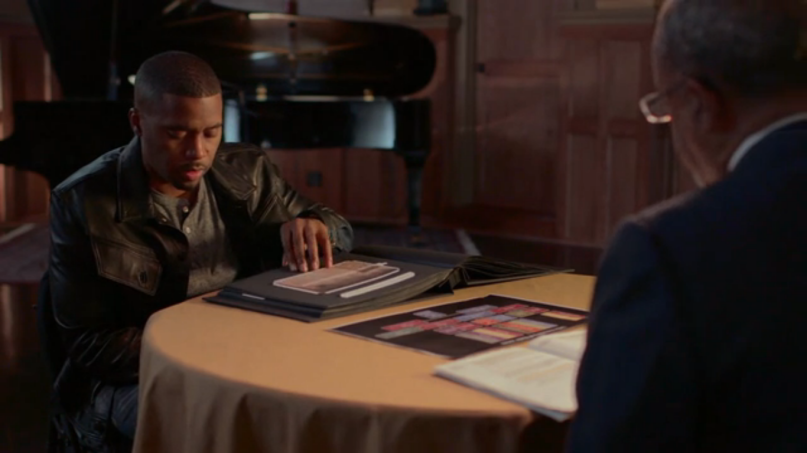 PBS’ Finding Your Roots has uncovered the genealogical ancestry of dozens of celebrities over its two seasons. In past episodes, Stephen King learned of his Civil War ancestors, while tennis star Billie Jean King discovered her grandmother was an orphan. With Nas, however, the show made history by tracing the rapper’s lineage back through five generations of his enslaved ancestors. Earlier this year in a statement to the Television Critics Association, host Henry Louis Gates Jr. revealed that this is the first time they’ve been able to do this with any African American.

Throughout the episode, Nas is confronted with historical documents and photographs of his ancestors. Of particular significance is the bill of sale for his third great grandmother named Pocahontas, who was purchased for $830 at the age of 15. Nas is visibly taken aback as he calls the document “a receipt for a human being” and comments, “They paid $830 for my great, great-great-grandma? I got more than that in my pocket right now.”

Later, he sees a photo of the slave owner who purchased his ancestors and offhandedly comments that he’s thinking about buying the land the man owned. The episode also featured actress Angela Bassett and Senior Advisor to the President Valerie Jarrett.

Watch the full episode below.