by Philip Cosores and Tarynn Law 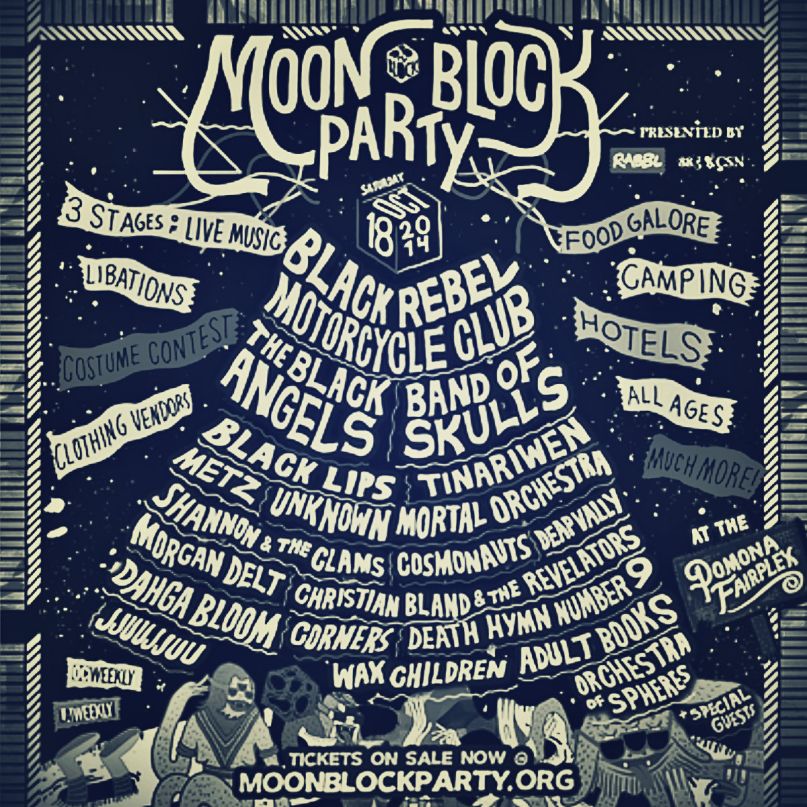 Moon Block Party had a lot to overcome to be a success. Notably, they lost their second biggest band the day before the event when Black Rebel Motorcycle Club was forced to cancel after drummer Leah Shapiro revealed she is suffering from a serious medical condition (and, it can’t be said enough, but everyone at CoS wishes her a speedy and full recovery). The event was held in Pomona, on a date when there was no shortage of activities in Los Angeles and Orange County proper. And even with the late addition of headliner Spoon, none of the acts on the bill were strangers to playing in the area. So, the biggest reason to attend was to simply see all the bands with overlapping fan bases in one place, on one beautiful fall California day.

And with all this said, and even with the attendance by no means seeming to match hopes, the good music and better vibes ruled the day. “This is our kind of festival,” Britt Daniel of Spoon would say during his band’s night-ending slot. “You can reach out and touch the people in the front.” He promised to do just that later on and kept his word, locking fingertips with eager reachers during a mid-set run-through of “The Ghost of You Lingers”. Other bands could be seen walking freely on the grounds, checking out fellow acts, enjoying the space and lack of sceneyness or elitism. Although it took place on a field usually used for sports involving horses and involved a significant drive east out of LA, Moon Block Party was about as far from Coachella as one could want.

We’re still not entirely sure why it’s called Moon Block Party, besides the organization Moon Block that puts it on. Still, despite no longer being a block party, having really nothing to do with the moon, nor having any real theme despite a bunch of like-minded artists putting on an annual show (which has now swelled to other events, including Desert Daze), the hope is that this year was considered successful enough to continue to expand and get more people out next year. In a crowded festival market, it’s hard out there for little guys like this one. The following six sets surely helped Moon Block Party’s cause.