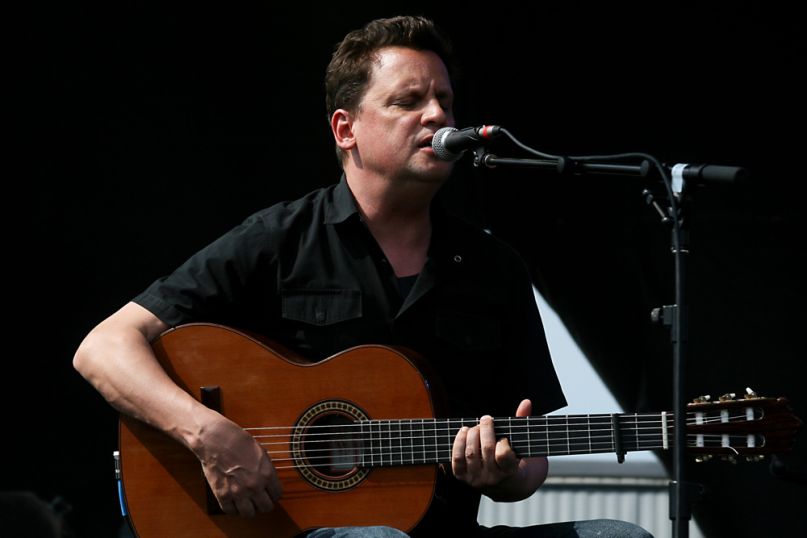 Mark Kozelek was criticized last month when he called a noisy crowd at the Hopscotch Festival “fucking hillbillies” and told them to “shut the fuck up.” He’s also been sorta-kinda-almost in a feud with The War on Drugs ever since the Ottawa Folk Fest in mid-September. Long story short, Kozelek’s band Sun Kil Moon was having trouble playing their set at the fest due to the sound bleed coming from The War on Drug’s stage. He let loose some jabs at the band, and even jokingly introduced a song as “The War on Drugs Can Suck My Fucking Dick”.

Kozelek later issued an explanation for his comments, stating that it was nothing personal but rather stage banter. “It could have been any band’s music blaring from over the hill, and I still would have made jokes,” he wrote. When certain media outlets misconstrued his message as an apology, he released another statement, bemoaning how easily people seem to get offended and referencing both the Hopscotch and Ottawa incidents. He challenged The War on Drugs “to have a sense of humor” and let him join them onstage for their gig at San Francisco’s The Fillmore to play a song he wrote titled “War On Drugs: Suck My Cock/Sun Kil Moon: Go Fuck Yourself”.

Well, The War on Drugs apparently turned down the challenge, so Kozelek has taken it upon himself to release “War on Drugs: Suck My Cock” (listen here). The song recounts both incidents, including the fallout from the Hopscotch show that saw someone scrawl “Sun Kil Moon go fuck yourself!” in chalk on the sidewalk and the initial Indy Week report of the episode, calling the writer “some spoiled bitch rich kid blogger brat.”

Apparently, the song was actually recorded mere hours ago. After a pair of refrains repeating the song title and that chalked slogan, the third verse opens, “I met War on Drugs tonight and they’re pretty nice.” It goes on, though: “But their hair is long and greasy/ Hope they don’t have lice/ I heard them do their soundcheck next to the birds/ They’re definitely the whitest band I’ve ever fucking heard.”

You can listen to the whole song here at sunkilmoon.com. It’s entirely possible that Kozelek really thinks The War on Drugs can suck his cock. But considering what he wrote about having a sense of humor and and that his saying the band “sound[s] like Don Henley meets John Cougar meets Dire Straits meets ‘Born In The USA’ era Bruce Springsteen” was “not a criticism, it’s an observation,” we’re willing to bet this is just his sarcastic brand of wit.