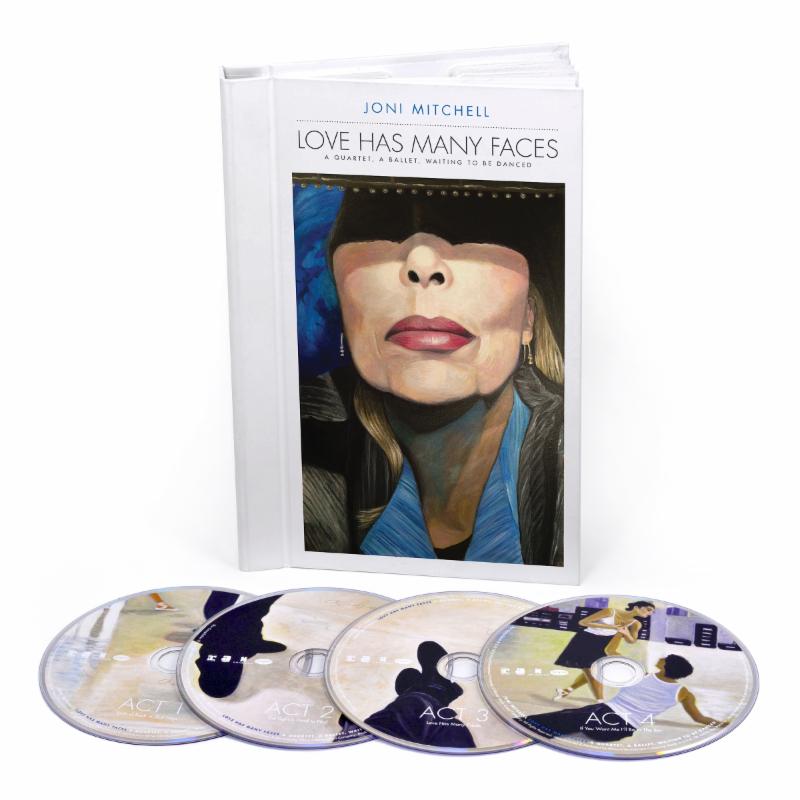 Joni Mitchell has announced a new four-disc box set entitled Love Has Many Faces: A Quartet, A Ballet, Waiting To Be Danced. Featuring 53 remastered songs from the iconic singer-songwriter’s storied 40-year career, curated by Mitchell herself, the package will be released on November 17th via Rhino.

The remastered versions of old songs promise to be “familiar but fresh,” with “a lot of sonic adjustment.” In a press release, she explained, “I am a painter who writes songs. My songs are very visual. The words create scenes … What I have done here is to gather some of these scenes (like a documentary filmmaker) and by juxtaposition, edit them into a whole new work.”

Mitchell went so far as to rearrange the 53 songs into “thematic acts” like that of a ballet. Likening the process of reorganizing and repurposing her catalog to that of a film editor, she noted, “I had 40 years of footage to review. Then, suddenly, scenes began to hook up. Then series began to form.” She added, “Instead of it being an emotional roller coaster ride as it was before — crammed into one disc — themes began to develop. Moods sustained. I was getting there…When this long editorial process (two years) finally came to rest, I had four ballets or a four-act ballet — a quartet. I also had a box set.”

Also included in the package is a deluxe, hardcover book that includes 53 lyrical poems to coincide with the songs, six brand new paintings, and Mitchell-penned liner notes describing her recording process. The suggested retail price is $59.98.

Below, revisit Mitchell’s Blue highlight “A Case of You”.

Love Has Many Faces: A Quartet, A Ballet, Waiting To Be Danced Tracklist: