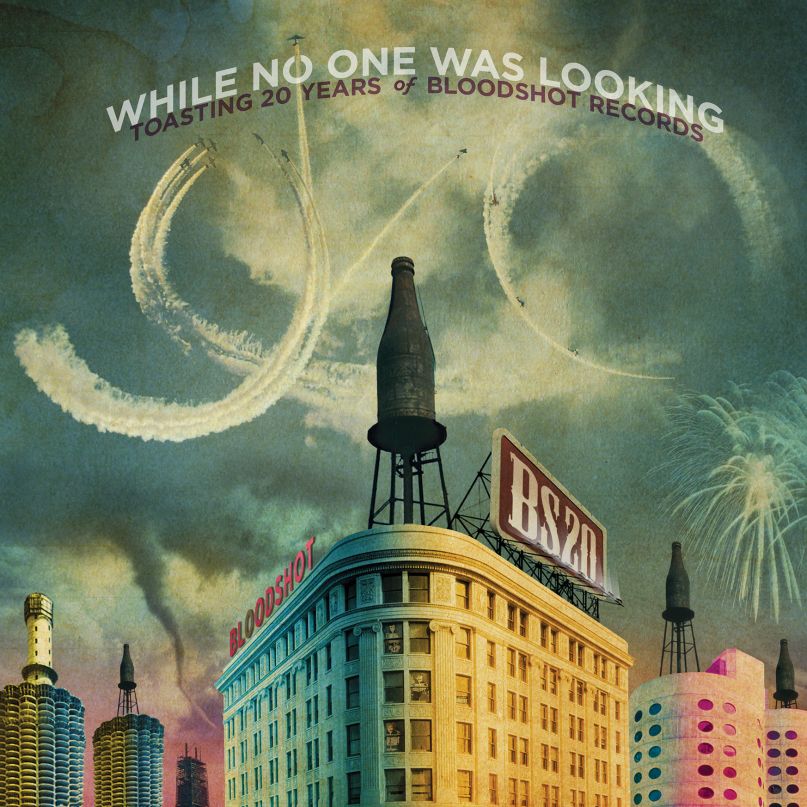 On November 18th, Chicago-based alt country label Bloodshot Records will commemorate its 20th anniversary with While No One Was Looking, a bonkers three-disc compilation of non-label artists covering 38 of the most-beloved songs in the label’s catalog. After previewing the release with Blitzen Trapper’s faithful rendition of Ryan Adams’ Heartbreaker opener “To Be Young (Is To Be High, Is To Be Sad)”, Bloodshoot today unveils a rootsy cover of Justin Townes Earle’s “Look The Other Way” by Foo Fighters lead guitarist Chris Shiflett and his band The Dead Peasants.

Compared to the original, which was on 2012’s Nothing’s Gonna Change the Way You Feel About Me Now, the cover is much more twangy, as it trades Earle’s smooth Stax-influenced backing band for fiddle and acoustic guitars. Listen in below.

While No One Was Looking: Toasting 20 Years of Bloodshot Records also features contributions from Andrew Bird, Superchunk, Ted Leo, Diarrhea Planet, Frank Turner, Tim Kasher, Chuck Ragan, Hiss Golden Messenger, Shakey Graves, and Into It. Over It., among others.