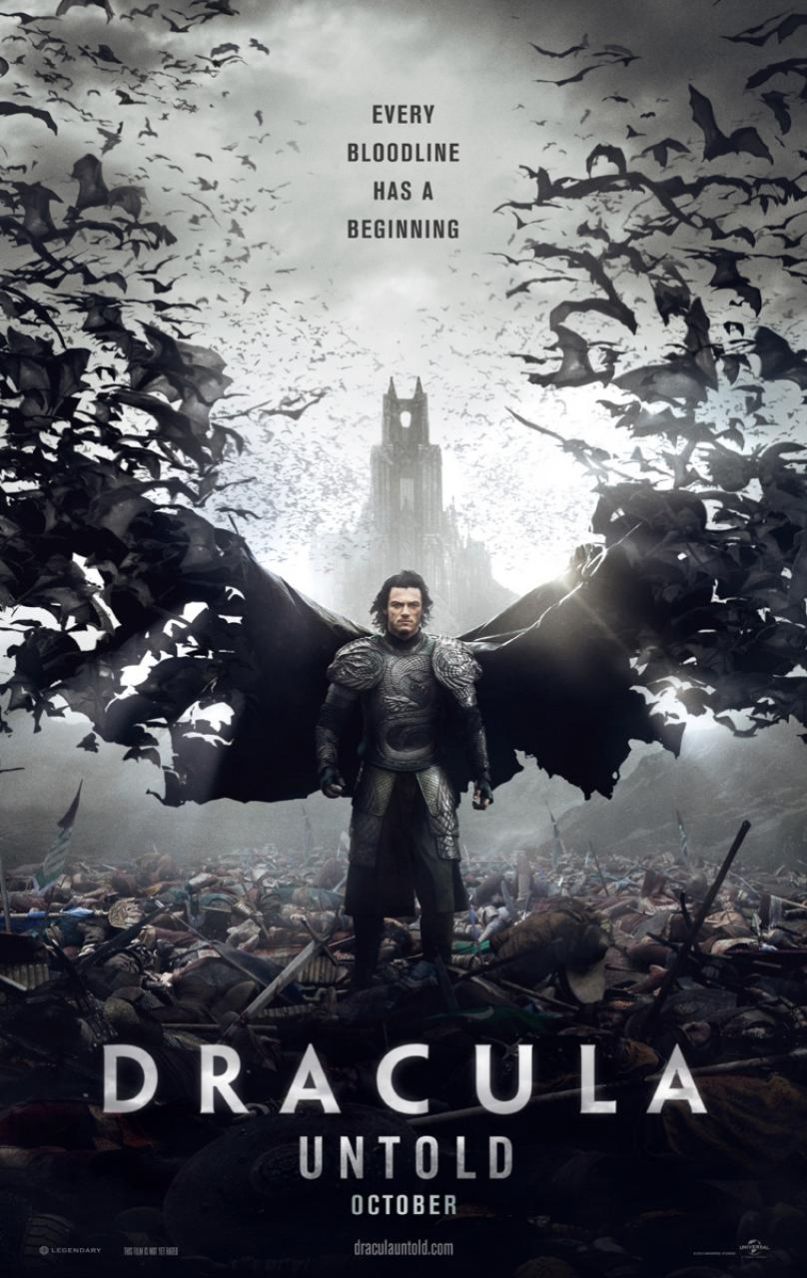 Did you know that before Dracula was Dracula, he was a Transylvanian count in the mid-1400s who made the ultimate sacrifice to save his people from invading Turkish forces? So it happens with Dracula Untold, the latest overture in Universal’s ongoing crusade to reinvigorate its classic literary monster properties for a hip new era. Untold isn’t great, but there are certain camp pleasures to be found within, and it fares a lot better than The Wolfman or Van Helsing did — though that’s not exactly high praise.

As told, Vlad (Luke Evans) rules over a small territory long after his days as Vlad the Impaler, the brainwashed child soldier of the Turks. Once a veritable killing machine, Vlad is a family man now; his loving wife Mirana (Sarah Gadon) and precocious son Ingeras (Art Parkinson) lend him solace in a cruel world. But when his former compatriot Mehmed (Dominic Cooper, the only actor on hand attempting to match his character’s accent) demands a thousand child soldiers for his ongoing campaign, including Ingeras, Vlad rebels, putting his people in danger. Only an ages-old vampire in the nearby mountains (Charles Dance) who resembles a cross between Emperor Palpatine and Ingmar Bergman’s vision of Death in The Seventh Seal can offer him a way out. At a price.

Absurd, no? The film plays fast and loose with logic; for instance, Vlad’s skin bubbles like bacon fat in the sun, but he doesn’t quite die like every other vampire, presumably because he’s the film’s protagonist. Mehmed seems to have little incentive to challenge Dracula, particularly post-vampirism, beyond vague Machiavellian impulses, and ends up killing far fewer of his own citizens than Vlad himself. And in a film that asks you to embrace the man who would be Dracula as a tragic hero in the Greek tradition, Vlad continuously makes decisions that put a substantial number of his people in harm’s way so that the film might set up its many elaborate setpieces.

Dracula Untold is agreeably silly at points, but that hardly covers for the fact that much of the film’s action (and even walk-and-talk exposition, of which there’s a ton) is visually incomprehensible due to the pepper shaker visual palette and incoherent editing. Entire action sequences are spatially disjointed, to the point where it appears that director Gary Shore is attempting to hide either the film’s heavy dependence on CGI or its surprisingly harsh violence for a PG-13 release. Regardless of the intentions, it makes for a slog at times as you attempt to figure out which fast-moving, blurry figure is Dracula. For a film that kills off its human characters in bulk early and often, there’s not a ton of impact when the large-scale destruction is so muddy.

As throwaway B-movie shlock goes, Dracula Untold isn’t completely worthless. Evans gives a capably masculine, tortured performance, and despite his limited screen time, Dance milks every drop of drama from his impotent, mountain-dwelling creature who yearns to continue a long-running vendetta with his former master. Dracula Untold aspires to franchise-starting origin story pathos, and if it never quite gets there, it’s hard not to grin just a bit when Dracula clutches his silver wedding ring to remember his pure human self (get it?) or summons all the bats in Eastern Europe at once and turns them into a gigantic, army-crushing bat-fist. Plus, again, at least it’s not Van Helsing.