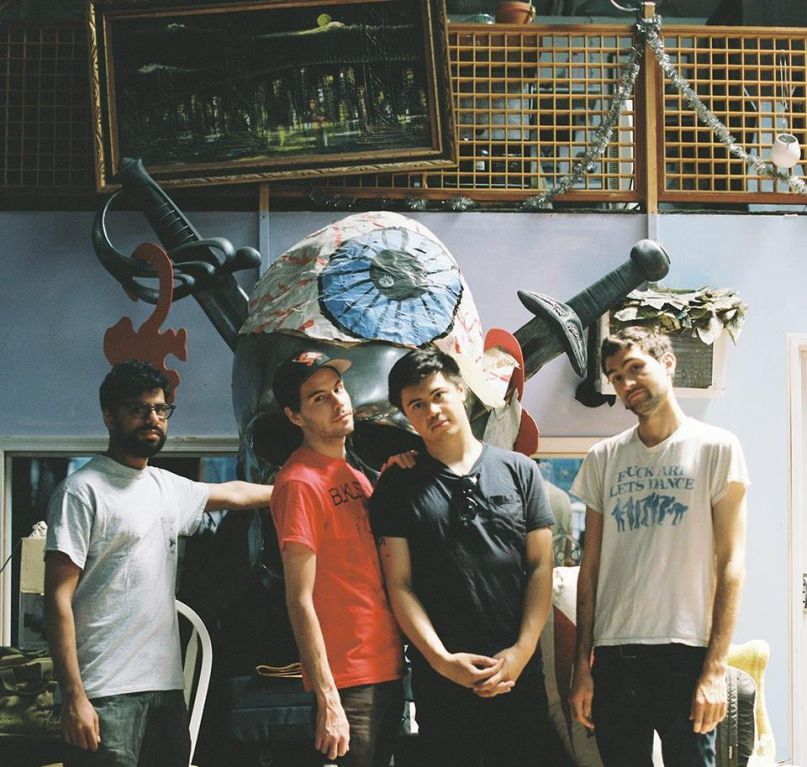 On November 18th, New York’s Big Ups are set to drop a split 7-inch with fellow Big Apple rockers Washer. Due out through Exploding in Sound, the release follows Big Ups’ debut album, Eighteen Hours of Static, and is previewed today with a track called “Not Today”.

While the four-piece have been known to describe their music as “punctual punk, nerdcore, post-ponk, and skronk rock,” honestly, the only phrase that comes to mind when listening to “Not Today” is … fucking bonkers. Like its predecessor, the much beloved ear-shatterer “Rash”, this new song hits hardest right where it hurts, with prickly, pulverizing riffs and frontman Joe Galarraga’s chilling shriek leading the attack.

Listen in below (via Stereogum).