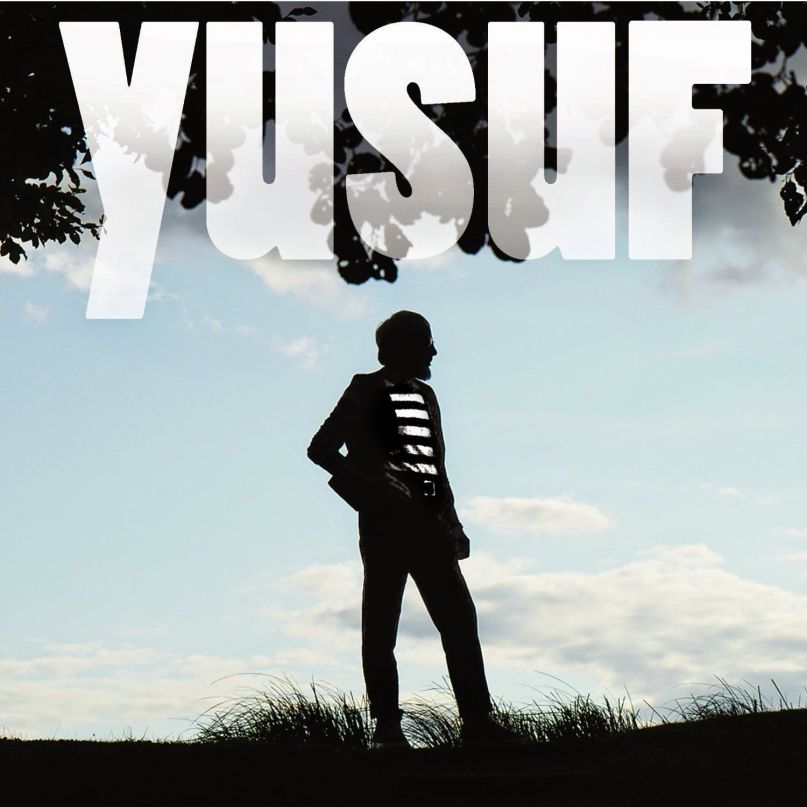 Most are familiar with the story of Cat Stevens’ conversion to Islam and seemingly abrupt, often misunderstood departure from the height of popular music in the late ‘70s. It’s been with less fanfare that he’s gradually returned to writing, recording, and performing music as Yusuf Islam (or simply Yusuf) over the last decade. In 2006, shortly after picking up a guitar again for the first time in over 25 years, he released An Other Cup, an album clearly trying to reconcile his folk star past with his present worldview. By 2009’s Roadsinger, however, Yusuf was comfortably immersed again in that classic Stevens archetype of seeker “on the road to find out.” If An Other Cup can be seen as the toe dip and Roadsinger the full plunge, then Tell ‘Em I’m Gone might best be thought of as the reemerged artist finding new waters to tread.

“Although I was to venture through many lyrical terrains, melodious valleys and cadences during my 50-year musical and spiritual exploration, and though many would agree that I have covered a lot of ground, there was always one path I meant to take,” says Yusuf. “Hidden in the background behind my renowned troubadour persona lurked an R&B alter-self waiting to be let free.” To help coax out that inner bluesman, Yusuf enlisted, among others, legendary British guitarist Richard Thompson, who gives the album a gritty, fingerpicking authenticity, and producer Rick Rubin, who, having worked with the late Johnny Cash on his American Recordings albums, was the perfect choice to help him take on this mix of covers and originals. It’s to Rubin and Yusuf’s credit as co-producers that, at its best, Tell ‘Em I’m Gone sounds exactly like it should: Cat Stevens meets rhythm and blues.

In addition to Yusuf’s regular themes of self-discovery and being misunderstood, the struggle for personal freedom emerges throughout Tell ‘Em I’m Gone. “Music allows us to look beyond the bars of our existence,” explains Yusuf. “It may not last long, but it does help us to be free for a while.” It’s not a surprising sentiment from a man who fled to rooftops as a youth to escape the mundanity of London life; referred to the trappings of pop stardom as a type of slavery; and adopted the name of an Islamic prophet bought and sold as a slave in a marketplace. On cover “Big Boss Man” and the original song “Gold Digger”, Yusuf’s protagonists, a day laborer and miner, respectively, rise up against cruel and wicked overseers, the former bolstered by gospel-tinged backing vocals and Charlie Musselwhite’s squawking harmonica, the latter sparked by determined plucking and keys to drive out the foreman’s menacing riffs and rattling chains. A faithful rendition of Edgar Winter’s “Dying to Live” alternatively presents freedom as a mindset, a choice, with Yusuf concluding, “I’m dying to live until I’m ready to die” rather than merely “living to die.”

As always, Yusuf’s originals can be heard as pure or thinly veiled autobiography, and these moments are by far the most captivating on the album. “Editing Floor Blues” takes the listener from Yusuf’s adolescent dreams of stardom right through the public fallout surrounding the Salman Rushdie fatwa episode — highlighting how the truth is what’s so often left out of a narrative. The tale dramatically ends with a slow guitar breakdown and Yusuf comparing his ordeal to the trial of Socrates — over the top, perhaps, but still an imaginative allusion. The delicate parable “Cat and the Dog Trap” — easily envisioned in the palette and animation of the “Moonshadow” music video — finds him focusing on the flaws in his former lifestyle rather than media persecution. “There was a time when I was younger/ I’d chase the tail of any danger,” sings Yusuf, which, of course, is a guaranteed way to skin a cat.

The production and playing are beautiful throughout the album, and Yusuf’s voice remains remarkably preserved, still able to instantly spring from gentle introspection to emphatic eruptions. The record as a whole does suffer, though, from certain cover choices. While “You Are My Sunshine” brings a rootsy funkiness and “The Devil Came from Kansas” a bit of rock bluster, both feel like outliers and add little to the album’s arc. The traditional “Tell ‘Em I’m Gone” (originally “Take This Hammer”) definitely fits the theme of struggling for freedom, but that title can’t help but make one feel there was another autobiographical original waiting to be written. After hearing so little from Yusuf over the last 35 years, a covers-heavy album, no matter how lovingly rendered, will leave some disappointed, always preferring to hear his words telling his story.

“When a door is closed somewhere/ There’s a door that’s opening,” sings Yusuf atop piano on the emotional, album-culminating original, “Doors”. It’s an idea that applies to every era of his life and a fitting sentiment to end on. Has he left the door open for another R&B album, or will that door close after he finishes his first North American tour in 35 years? And if it does shut, which door opens then? We’ll be impatiently waiting to see what this cat chases next.