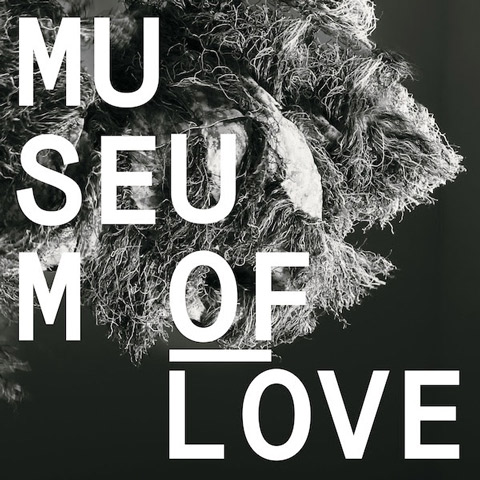 Is 2014 the year the drummer slips out from behind the set and finds a spotlight all his own? Not quite, but bless ‘em all for trying. On the heels of Radiohead drummer Philip Selway’s sophomore effort, Pat Mahoney (of the late LCD Soundsystem) has paired with longtime DFA label presence Dennis McNany for the self-titled Museum of Love.

Perhaps no label in contemporary music has been so consistent and distinctive in their sound as DFA. Their roster — which spans LCD Soundsystem, The Juan Maclean, and Sinkane, among others — has developed an unmistakable niche in progressive dance music. Museum of Love is no exception; they blend melodic, synth-heavy ’80s pop with propulsive indie rock melody and percussion, topping the mix off with off-kilter world music rhythms, left field samples, and sudden structure shifts that set them apart from other dance subgenres.

Contemporary indie dance music has a proud and growing history of lead vocalists who do a lot with their limited vocal range. James Murphy is at the head of this group, and Pat Mahoney slides comfortably among peers like Dan Deacon and Matthew Dear. While Mahoney will never be lauded for his vocal acrobatics, he does have a remarkable chameleonic ability, matching his vocals to the mood of each song.

Mahoney’s voice primarily lingers in a falsetto register, accented by subtle harmonics and pitch shifts. On “In Infancy”, the production smooths over any rough edges, resulting in a repetitive hook built of simple “ooohs” and “aaahs.” Restless programmed beats continuously push the song into new corners. It’s confident but restless, pleasant but never boring.

On album standout “Who’s Who of Who Cares”, Mahoney drops an octave and flirts with reverberating baritone. The song begins with a patient backbeat and syncopated melody that makes you wonder if Mahoney is about to ask, “How does it feel/ To treat me like you do?” Instead of going down that predictable path, his voice enters in a deep register that hits right in the gut, more Ian Curtis than Bernard Sumner. A ghostly harmony slips in behind the vocals, continually re-appearing from behind corners.

Throughout Museum of Love, production and mood are king, and Mahoney and McNany are at their best in that element. A sudden, jazzy, Talking Heads-inspired horn riff interrupts the plodding tempo to add an element of chaos. A percussion interlude triggers further live instrumentation as “Who’s Who of Who Cares” devolves further and further into a swinging, chaotic party.

The album peaks emotionally with the chaotic “The Large Glass”, which blends elements of psychedelic rock for a driving, if at times unsettling, emotional explosion — the closest the album gets to the release it teases throughout its runtime. Later, album closer “And All the Winners (Fuck You Buddy)” stands apart, a gently swinging ballad better suited to the bedroom than the dance floor. It’s a refreshing palate cleanser that reiterates Museum of Love’s seemingly inexhaustible resourcefulness.

As Museum of Love, Mahoney and McNany stand proudly among their DFA labelmates and dance music peers. But this new work doesn’t push any one boundary far enough for the group to distinguish themselves from the existing DFA niche. Fans of the label and the genre will find many familiar elements to love, but anyone expecting the LCD tree to sprout an overwhelmingly exciting new limb will likely be disappointed.

Essential Tracks: “Who’s Who of Who Cares”, “And All the Winners (Fuck You Buddy)”