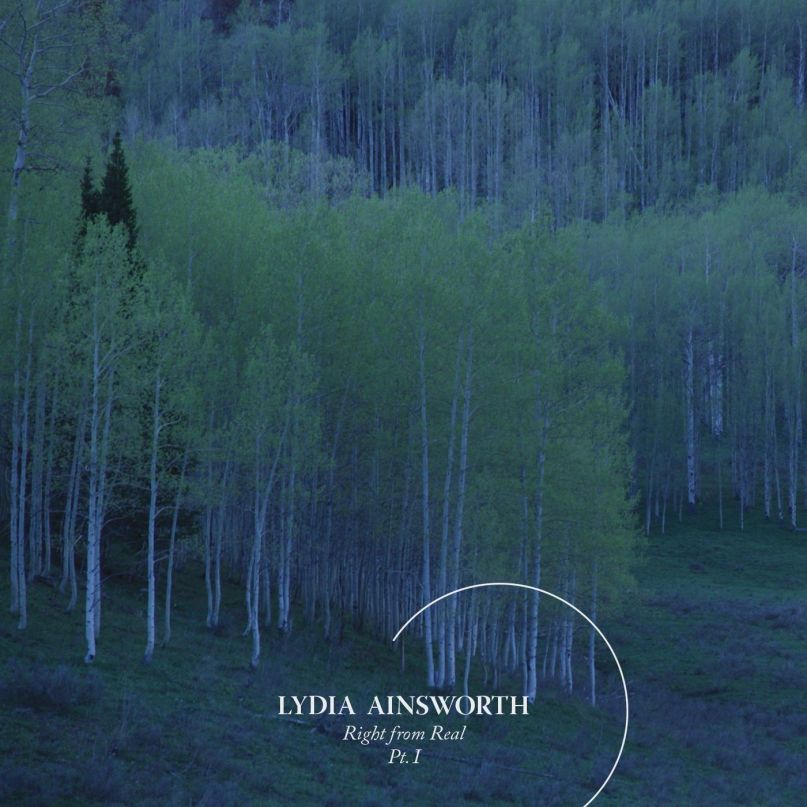 Dipping into Alice Cooper’s twisted bag of tricks, Lydia Ainsworth now shares her stage with a serpent. For reasons that aren’t entirely clear (a Slytherin fan maybe?), this Canadian snake charmer must feel she needs to enhance her blustery chamber pop with the presence of a slippery pet. If her fully realized debut, Right From Real, is any indication, Ainsworth can shelve the live props. Dabbling in ethereal, frosty landscapes, the album simultaneously punctures the coal-hued sky with white lightning and keeps the heat of its beating heart at a distance.

Ainsworth stumbled into songwriting through the back door after studying film composition at Montreal’s McGill University and NYU, as well as scoring friends’ features (including the Kickstarter-funded The Woods, which premiered at the Sundance Film Festival in 2011). Under the tutelage of Joan La Barbara ­– a pioneer of extended vocal techniques — she began incorporating her crystalline voice into her movie work, eventually transforming those textural flourishes into the straight-up four-minute electronic jams that populate Right From Real.

Released in two parts — the first as a truncated EP last June — the album’s eight songs owe a substantial debt to Kate Bush and Imogen Heap by way of the former’s quirky phrasing and sharp-as-glass observations and the latter’s technical experimentation. “Moonstone” could easily replace David Bowie’s smirking in the nightmarish masquerade ballroom scene of Labyrinth with its music box daintiness and woozy outbursts by a disembodied Siri-like figure. Disparate elements blend together in “The Truth”, from a pinch of Tori Amos piano to repeated shallow breaths of a bleating bagpiper who is never allowed to fully exhale. Propulsive orchestrations give the whole thing a cinematic vibe akin to a high-speed wolf chase through the snow past towering Douglas firs.

Like a shape-shifter, Ainsworth’s voice goes through umpteen permutations over the course of the album, from the icy glaze of “Hologram” to the pixelated burps of “Candle” to the quasi-religious chanting of “Malachite”. While all these variations are inextricably linked, Ainsworth throws off the layers to reveal her truest self on the Middle Eastern-flavored “PSI”. Winter is indeed coming and this fleeting reprieve from her characteristic stoicism is an ember squirreled away for a brutal night.