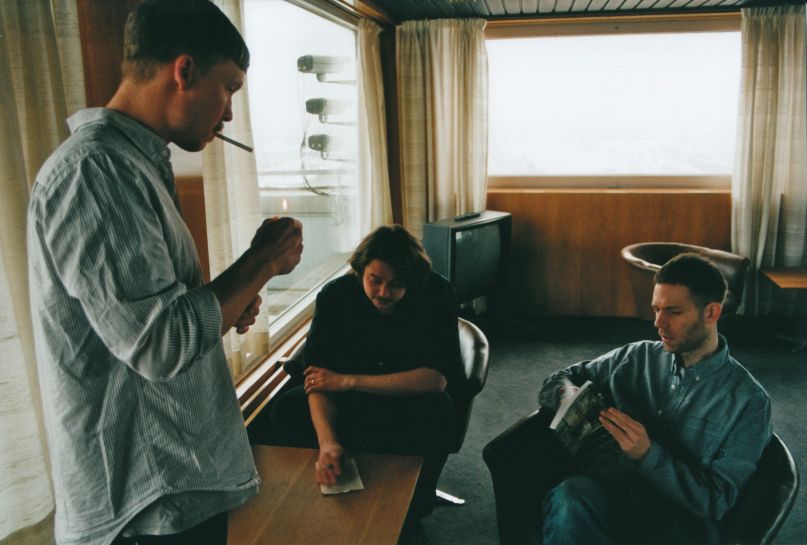 Since releasing their excellent album Clinging To A Scheme four years ago, The Radio Dept. have kept relatively quiet, limiting their activity to the 2011 compilation Passive Aggressive: Singles 2002–2010. Now with a four-year gap under their belts, the Swedish dream pop outfit have finally unveiled a new song, “Death To Fascism”.

While there are no announced plans for a new LP, “Death To Fascism” is still a fascinating return from the three-piece. The track marks a dramatic shift from the bubbly, woozy indie pop of “Heaven’s on Fire” and Clinging To A Scheme to a new, more progressive and knotty, sample-based sound. There are no vocals, only a circling sample of the Croatian political statement “Smrt fašizmu, sloboda narodu!”, which translates to “Death to fascism, freedom to the people.” With their homeland’s elections happening next week, the track’s vague, democratic sentiment reads as pretty prescient.

Despite its compelling nature, because the song’s more in line with acts like Primal Scream or Aphex Twin than anything the dream poppers have previously done, it might take a couple of listens to fully digest. You can do so below.