It's been a weird year full of Legos, aliens, and apes. 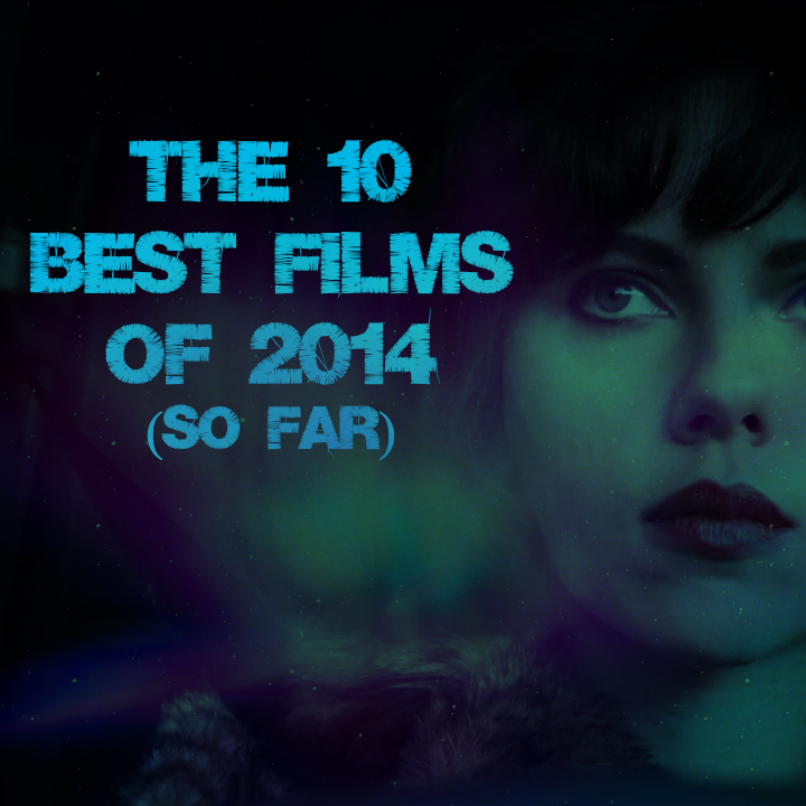 Dominick Mayer (DM): Well, as of the launch of CoS Film, we’re two-thirds of the way through 2014. It’s been an interesting film year, one where we’ve seen everything from the definitive evidence of Marvel Studios as a massive force in American film, to the most over-saturated summer season for tentpole studio movies in years, to a massive push in the direction of VOD releasing as a potential next frontier for independent cinema.

My question to all of you, in kicking off both this new section of the site and the upcoming “awards season,” is what do you think the most important or notable trend has been in film so far this year? For me, it’s easily a summer season that’s served as a harbinger of how it appears things are going to go for a while. There were top-shelf releases every weekend from the start of May through early August, and the coming years, especially with DC getting into the mass-production game, look to continue the trend. It almost feels like the bubble has to burst sooner or later, right?

Justin Gerber (JG): For me, it’s the VOD same-day-as-release-in-theaters approach that’s continuing to leap out at me as the years go by. On my personal list of favorite films this year, two were released through this studio strategy, bringing us closer and closer not only to indie flicks strictly seeing release in this fashion, but blockbusters in the years to come. With piracy out of control (see: The Expendables 3), the major studios are going to start considering following this format. Control the chaos.

When I was reviewing and calculating our lists, I noticed a strong variety of genres. Granted, at the end of the year, the expected heavy-hitting dramas will likely replace a good number of these films, but we have movies ranging from comic book adaptations and dramas to over-the-top comedies, sci-fi action, etc. Dare I say film is reclaiming its throne over television once more? Or am I the only one?

Blake Goble (BG): You’re not the only one. With Breaking Bad and Mad Men in their twilight, maybe it’s time for some wild new properties in theaters.

Granted, Hollywood’s in a bit of a tizzy over falling profits for tentpoles. Did you know that this year’s box office is down roughly 19 percent when compared to last year? In a way, it’s a blessing that movies like Godzilla and the seventh X-Men are stalling financially over time, because limited releases get a fairer shake at finding an audience. Instead of 10 screens for a Marvel movie at the multiplex, you have five, and the other five get chances at The Grand Budapest Hotel or Boyhood.

Michael Roffman (MR): Blake, I think the box office dip might be due to oversaturation, actually — sort of like riding the same roller coaster multiple times in one afternoon. You get sick and dizzy, and that cotton candy starts to look like poison. The problem nowadays is that these rollercoasters never stop. What was the gap between The Hobbit and Jack Ryan or Ride Along and The Lego Movie? A few weeks? In those few weeks, Hollywood was rolling out dozens of Oscar contenders and would-be blockbusters like The Wolf of Wall Street. So, I think what’s happening is that supply is going through the roof, while demand … I don’t know where it’s going. It’s there, but it’s not like TV or Netflix. You can’t binge on this stuff without hurting your wallet, or turning to the depths of hell online.

Earlier this year, I wrote a piece for Time.com on the evolution of the summer blockbuster, concluding that any studio could release something during any season, especially following the juggernaut success of Lego and the slightly hot receptions for Lone Survivor or Ride Along. Of course, not every film went by unscathed — see: Robocop or Jack Ryan — but filmgoers were still out in full force. (There was also a bit in there about quality v. quantity and how old franchises aren’t sure things anymore, but that’s neither here nor there.) This probably explains why Warner Bros. set Batman v. Superman feat. Wonder Woman, Aquaman, and the whole buffet: Justice League Prequel Dawn of the Dead in March 2016. It’s because they can. So, if there’s been any trend worth noticing in 2014, I’d say it’s the healthy portions all year long.

But what I’ve personally enjoyed is how, similarly to record labels, there are certain studios worth following — specifically, A24 Films. Prior to this year, I’ve never really subscribed to any studio, per se. I’ve enjoyed several films from Focus, I recall a number of fun thrill rides out of Dimension, and Miramax has its name on landmark indie films, but never have I printed out their schedule and memorized their dates. Going forward, I sort of feel that way about A24, almost wanting to get a sticker for my … Blu-Ray player? I don’t know. They’ve tickled the same part of my brain that Merge does, making me excited with whatever vision they have right now. Under the Skin? Locke? Enemy? Obvious Child? Last year’s Spring Breakers? It’s all proven quality over a number of genres, which probably explains why our list is so varied this year, Justin.

Folks, I swear I wasn’t paid for that last bit. I swear. ::stuffs hands in his pockets::

BG: I used to love comic book movies like pizza (even when they’re bad, they’re good), but you’re right; oversaturated properties are exhausting in every respect.

And yeah, you can totally play hype man for A24 and Ariana Huffington! I’m of a similar mind with Radius-TwC. They pumped out Snowpiercer, Blue Ruin, Fed Up, Supermensch, and the upcoming The One I Love. So what if it’s a fringe offshoot of Weinstein? It’s an interesting new movie label and a helluva lot more unpredictable and entertaining than Marvel’s slate.

Although, some of the best movies I’ve seen this year – Ida, The Overnighters, Violette, Closed Curtain – all came from micro-distributors.

Leah Pickett (LP): Even if most indie or arthouse production companies are offshoots of “The Big Six” major film studios — for reference, Focus Features is tied to NBCUniversal, and Sony’s Columbia Pictures unit begat Sony Pictures Classics — we’re still getting those more idiosyncratic and challenging films into theaters that we may never have had the opportunity to see otherwise, like Calvary, a new Irish drama from Fox Searchlight that is spectacular, or one of my favorite films from last year, Nebraska, a Paramount Vantage indie that may have never seen the light of day (or the Academy Awards nominations) without its major studio backing.

Still, that’s not to say that smaller production companies like A24 might not overtake the major studio subsidiaries in the not-so-distant future. A great example of this is the guerrilla-style filmmaking employed for arthouse fare like 2013’s Escape from Tomorrow, the truly chilling horror film shot undercover at the Walt Disney World park in Orlando, or the Banksy documentary Exit through the Gift Shop. Both of these films were distributed by Producer’s Distribution Agency (PDA), a relatively young company with a bucketload of potential.

As for the big studio films that have been released in 2014 thus far, I think most of the flops have been deserved: Noah, Transcendence, I Frankenstein, Winter’s Tale, and Pompeii were particularly awful. The only film that I think deserved better box office numbers than it ultimately accrued is Edge of Tomorrow, a great science fiction popcorn flick that suffered from a blah title, a weak marketing campaign, and, presumably, a fair amount of Tom Cruise action movie fatigue.

MR: I agree. I think there’s actually been a striking response from filmgoers who might be getting a little more practical with their expenses. The flops you mentioned were all deserved, and I’d like to think there’s a strong general consensus against unnecessary reboots, which might explain why RoboCop fizzled out. (I don’t count Teenage Mutant Ninja Turtles, because that’s a franchise that actually deserved a proper restart. Unfortunately, we were given soggy slime.) Still, there’s been a minor yet egregious amount of stupidity that’s proven strong at the box office, starting with this past January’s Ride Along and continuing with critical catastrophes a la Tammy or Transformers: Age of Extinction.

But the top box office contenders this year are quite smart. Captain America: The Winter Soldier was a sleek ’70s political thriller encapsulated in a Marvel action vehicle, meta comedies The Lego Movie and 22 Jump Street remain in the top 10, and quasi-artsy tentpole films like Godzilla and Dawn of the Planet of the Apes proved popular in their execution as well. However, it’s a little sad that the highest grossing film of the year (so far) that’s not attached to any franchise or comic book property is Neighbors, which sits at No. 14, right ahead of Ride Along.

Still, IFC Films recently scored a big win with Boyhood, which should go on to surpass Y Tu Mama Tambien as the second-highest grossing film the company has ever released. It’s little wins like that that go a long, long way and eventually lead to more opportunities for both filmmakers and filmgoers. Based on last year’s box office reception to Oscar’s top picks, it would appear that quality has a place in mainstream film. Having said that, I doubt this year’s crop of Oscar contenders will do the box office traffic of last year’s All-Star season, but I do expect some surprises.

Speaking of which, what film surprised you the most this year?