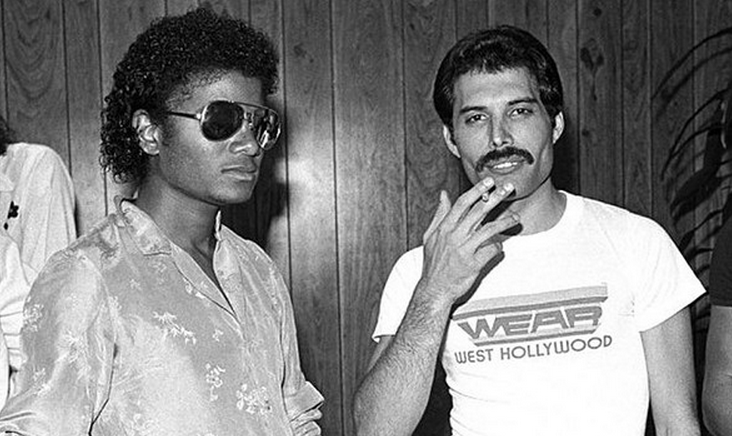 Queen has announced the release of a new anthology, which features three unreleased tracks with singer Freddie Mercury.

Due out November 11th, Queen Forever is highlighted by “There Must Be More to Life Than This”, a never-before-heard collaboration between Mercury and Michael Jackson. Also included is “Let Me in Your Heart Again”, a previously unfinished Mercury track from sessions for 1984’s The Works, as well as a new stripped-down ballad version of Mercury’s first solo hit, his Giorgio Moroder collaboration, “Love Kills”.

A press release says of the Mercury-Jackson collaboration:

The Queen and Michael Jackson duet, “There Must Be More to Life Than This”, began as a song written by Mercury during sessions for Queen’s 1981 album, Hot Space. The band recorded a backing track, but the song was never completed. Mercury visited Michael Jackson at his home studio in Los Angeles where he recorded Jackson singing the song for an unfinished version. Queen revived the track during sessions for 1984’s The Works, but again it was not finished. A year later, Freddie’s own version of the song surfaced on his debut solo album, 1985’s Mr. Bad Guy. This new production of the powerful ballad fuses Queen’s original backing track and Mercury and Jackson’s distinctive vocals, and has been produced and remixed by celebrated Madonna/Robbie Williams producer William Orbit.

Assembled by surviving Queen members Brian May and Roger Taylor, the rest of the tracklist for Queen Forever is rounded out by greatest hits, classic tracks, and new takes on well-known song.

The anthology will be available as a 20-track single CD and as a 36-track two-CD set. See the album artwork and full tracklist below.