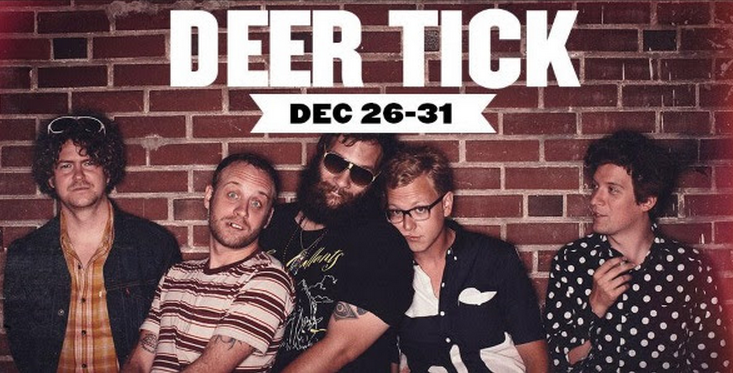 This December, Rhode Island’s own Deer Tick will celebrate 10 years of crafting gritty, roots-laden rock. With five studio albums (their latest being 2013’s Negativity), a handful of EPs, and hundreds of raucous, booze-soaked shows already under their belt, the anniversary is especially impressive considering that most of the band’s members are still in their twenties.

To commemorate the occasion, Deer Tick has announced a six-night residency at New York’s Brooklyn Bowl. During the first five evenings, the band will cover a different classic album in full, aided by a bevy of special guests.

Kicking off December 26th, night one of the residency will see the band perform their own 2007 album, War Elephant, in its entirety before launching into NRBQ’s Tiddlywinks. From there, the quintet will tackle Lou Reed’s Transformer, The Beatles’ Meet The Beatles, Devo’s Q: Are We Not Men?, and Elvis Costello’s My Aim Is True, respectively, with random Deer Tick songs sprinkled throughout each show. The final night, which takes place on New Year’s Eve, will feature a set comprised entirely of fan-requested songs.

Below, revisit their recent single “The Dream’s In The Ditch” and their entire remaining 2014 tour schedule.