by Randall Colburn and CoS Staff 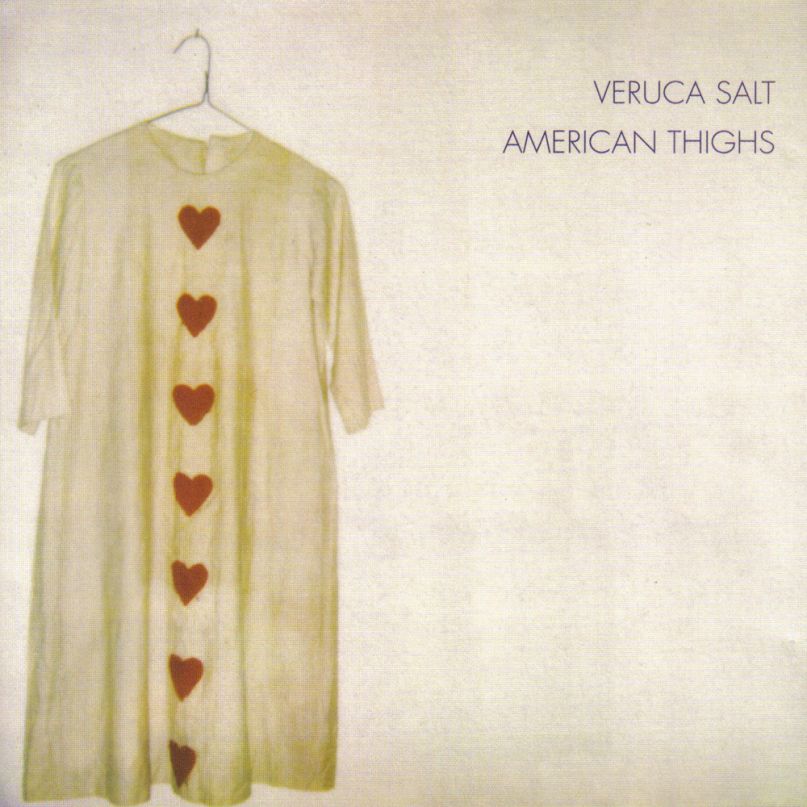 #RealLife is a monthly feature where Consequence of Sound staffers join forces with a diverse cadre of writers to share personal stories inspired by one legendary album. This month we’re tackling Veruca Salt’s American Thighs. Some of the stories may be inexorably linked to the album itself; others may just share its themes, tone, and atmosphere. Regardless, they’re all real.

If “Seether” wasn’t the first song I ever moshed to, it was at least one of the first. Some school dance, we’re all babies, and the Wetmore twins were tossing staples at me (they seriously carried a box of staples around). It’s been four slow songs in a row and us three are probably the only ones sitting, our friends all doing their best to suck face while still leaving room for the Holy Spirit. The Wetmore Twins rode the bus with me, and every morning I had their flicks and gleets to look forward to, their asses pumping farts in my general direction as I silently gazed out the window. I never said a word, never fought back. At the dance, I pulled staples from my hair and thought about calling my dad to come pick me up an hour early.

And then “Seether” came on. The girls piled to the side, fists pumping up and down as the boys coalesced near the cafeteria’s stage, slam-dancing like MTV taught them. The Wetmores pocketed their staples and joined the fray. I planned on sitting this one out — just like I sat all of ’em out — but something pulled me from the plastic folding chair and into the maelstrom of moshing bodies.

As forearms rocked me to and fro, I scanned the pit for the Wetmores. I saw them, driving their fists and knees into every young buck in sight.

But here, I thought, here I can fight.

And I rocketed forth, arms outstretched, slamming Wetmore #1 against the stage, repeatedly, in tune with every crunchy guitar riff. Wetmore #2 grabbed my sleeve, and some blessed soul leveled him with an elbow. And then I was swept up in the bodies, the sweat and communion that was catharsis for so many pent-up punks.

The Wetmores didn’t stop making fun of me, but they at least stopped with the staples.

“Seether” first rocked the radio 20 years ago, and the album it heralded — American Thighs — gave us 12 more tracks of blissfully fuzzed-out grunge pop. In the years since, Veruca Salt’s had its share of ups, downs, and lineup changes, but in the band’s own words: “hatchets buried, axes exhumed.” The original lineup is back, a new album is coming, and singles, like “It’s Holy”, are already floating around the web.