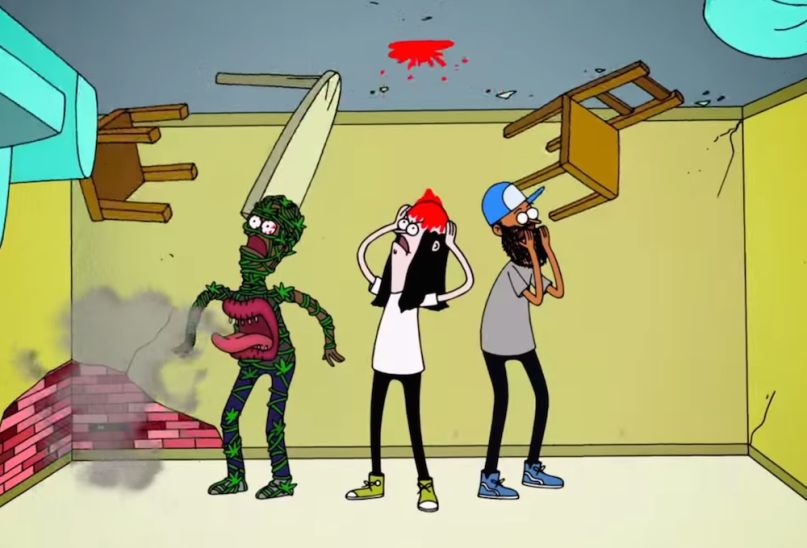 If you’ve ever been tempted to try that freakish new drink from your neighborhood deli, you’ll probably think twice after watching Trash Talk’s gnarly animated video for No Peace highlight “The Great Escape”.

Directed by Jim Dirschberger, with art direction by Jay Howell, the clip follows three rebellious teens as they suffer through the hellish side effects of a mysterious libation supposedly “blessed by Satan himself.” (The $666 price tag should’ve raised some red flags, but ya know, #YOLO!)

Watch it below (via Noisey).

For more visual badass-ness from Trash Talk, revisit their video for “97.92” and witness their epic takedown of a drone at a recent show.