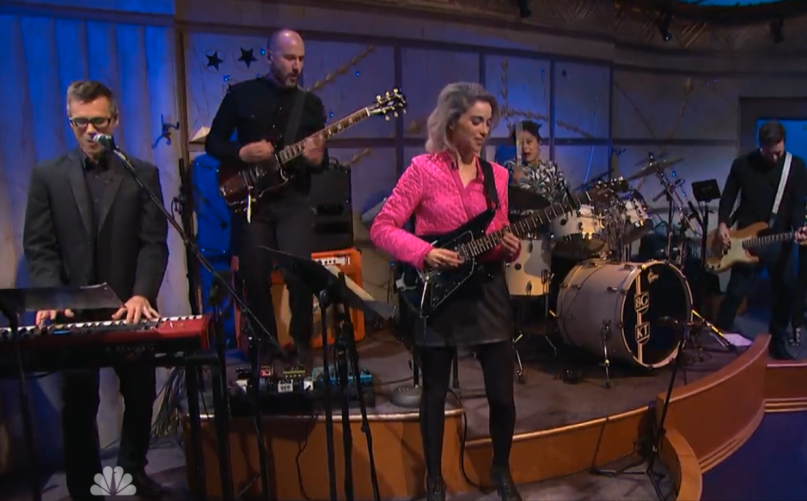 Seth Meyers scored a bit of a late night coup last night. He had the immaculate St. Vincent running his house band 8G, while the incredible Timothy Showalter, aka Strand of Oaks, served as the night’s musical guest.

In the first of her two-night stint on the show, Annie Clark led the 8G Band in and out of commercial break, briefly discussed her recent performance at Brooklyn’s Prospect Park, and even helped soundtrack a skit. The 8G band also featured Marnie Stern for the evening.

Meanwhile, Showalter supported his latest Top Scoring record, HEAL, with a performance of “Shut In”.

Replay the full episode below; St. Vincent’s introduction takes place at the 7:15 mark. A standalone video for Strand of Oaks’ performance is also below.