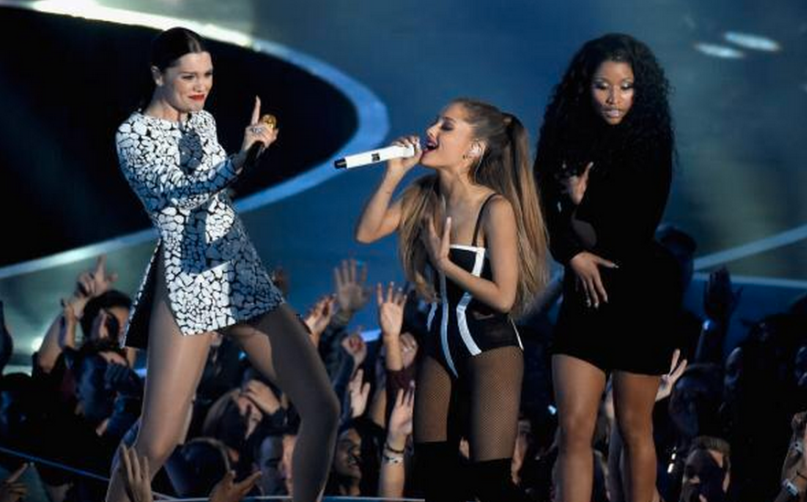 The 2014 MTV Video Music Awards kicked off with a joint performance from Ariana Grande, Nicki Minaj, and Jessie J. Ariana, who just 12 months ago was performing from the red carpet, gave a monster performance of her new, Zedd-produced single “Break Free”, before Minaj delivered the live debut of her own single “Anaconda”. Then, the trio joined forces for their collaborative single“Bang Bang”. However, the performance will likely best be remembered for Minaj’s wardrobe malfunction during “Bang Bang”, which saw Minaj clasp her dress for dear life.

Watch the replay below. For video of other VMA performances, including Beyoncé, Nicki Minaj, Sam Smith, Usher, and Iggy Azalea, click here.