St. Vincent will serve as bandleader on Late Night with Seth Meyers next week 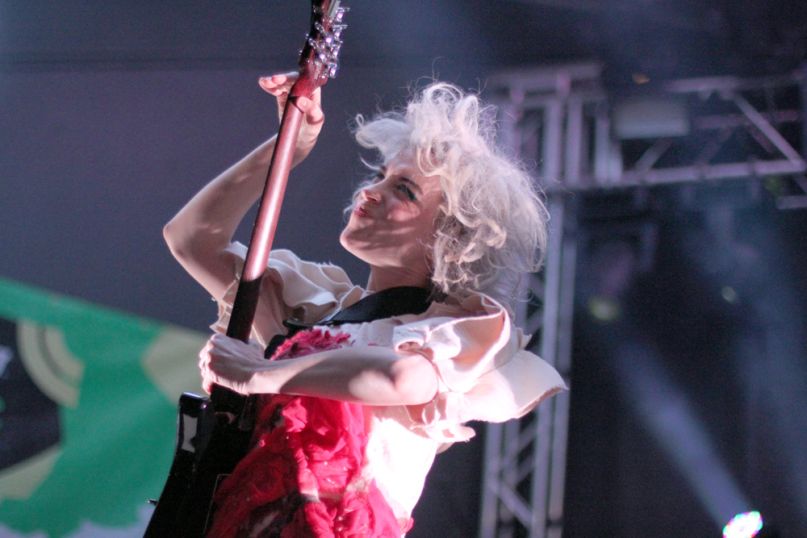 Earlier this year, Annie Clark, aka St. Vincent, took a temporary gig as frontwoman of Nirvana at the Rock & Roll Hall of Fame induction ceremony. Next week, she’ll be heading another group of musicians, acting as bandleader for Late Night with Seth Meyers. According to Entertainment Weekly, Clark is scheduled to fill in for resident musical commander-in-chief Fred Armisen on Monday, August 11th and Tuesday, August 12th.

As EW points out, although Seth Meyers’ 8G band has had its fair share of guest musicians —  Dinosaur Jr.’s J Mascis and Bangles’ Susanna Hoffs, for example — it’s never been actually led by anyone else other than Armisen. But, seeing as how Clark has already wowed audiences far and wide, including David Letterman and the sometimes fickle SNL crowd, it’s likely she’ll make her Portlandia co-star pretty darn proud.

Below, revisit her performance of “Lithium” with Nirvana: