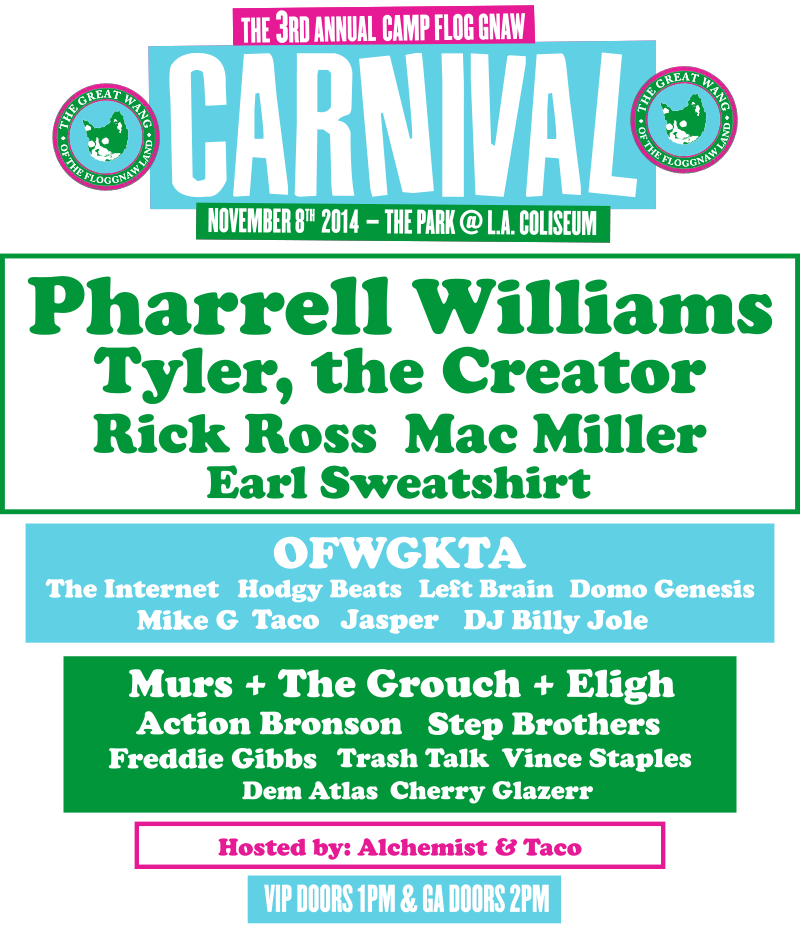 The third annual Camp Flog Gnaw Carnival has revealed its 2014 line-up. The one-day festival, presented by Tyler, The Creator and his Odd Future collective, will take place on November 8th at the LA Coliseum.

Other acts set to appear are Action Bronson, Vince Staples, Cherry Glazer, Freddie Gibbs, Trash Talk, Step Brothers, and Dem Atlas, plus Living Legends members Murs, The Grouch, and Eligh. The event will be hosted by The Alchemist and Odd Future’s Taco. As Pitchfork points out, the festival also boasts an array of “custom rides, games, prizes, and food trucks.”

Tickets will be available on August 8th at the festival’s website. General passes are $50 and include “unlimited access to Carnival rides.” Other options include $225 VIP passes with Meet and Greet privileges and several pieces of OFWGKTA merchandise, like a Camp Flog Gnaw hat and backpack.

For a taste of what we can expect when Tyler makes decisions, watch his “gross ode to hot Grandmas” below: