It really happened: All nine members of Wu-Tang Clan reunited on The Daily Show 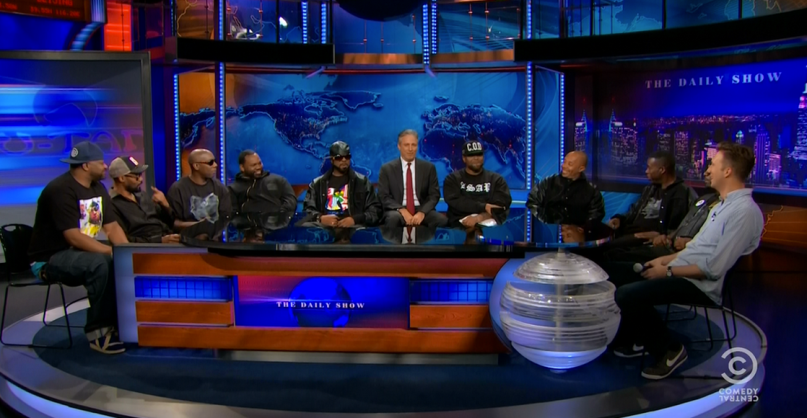 For much of the year, Wu-Tang Clan has had an air of egotistical elitism, what with their constant in-fighting, request for unpaid interns, and $5 million album. But now that the disputes seem to be settled, the hip-hop collective is finally giving back to the average Joe, debuting a brand new song on every middle-class American’s favorite news program, The Daily Show with John Stewart.

The entire collective, including Raekwon, GZA, RZA, Ghostface Killah, Method Man, Inspectah Deck, U-God, Masta Killa, and Cappadonna, first sat down with Stewart to discuss their reunion album, A Better Tomorrow, which will see release in November. They discussed their desire to record a new LP, the creative and business obstacles they had to first overcome, and what fans can expect from the final product. They also took a second to remember late group member Ol’ Dirty Bastard, and even presented Stewart with a t-shirt.

They then previewed the release by performing “Ron O’Neal”, the latest single off A Better Tomorrow, along with their classic hit “Triumph”. “Ron O’Neal” will be available on iTunes shortly.

Replay the full episode at ComedyCentral.com, or watch select clips below.