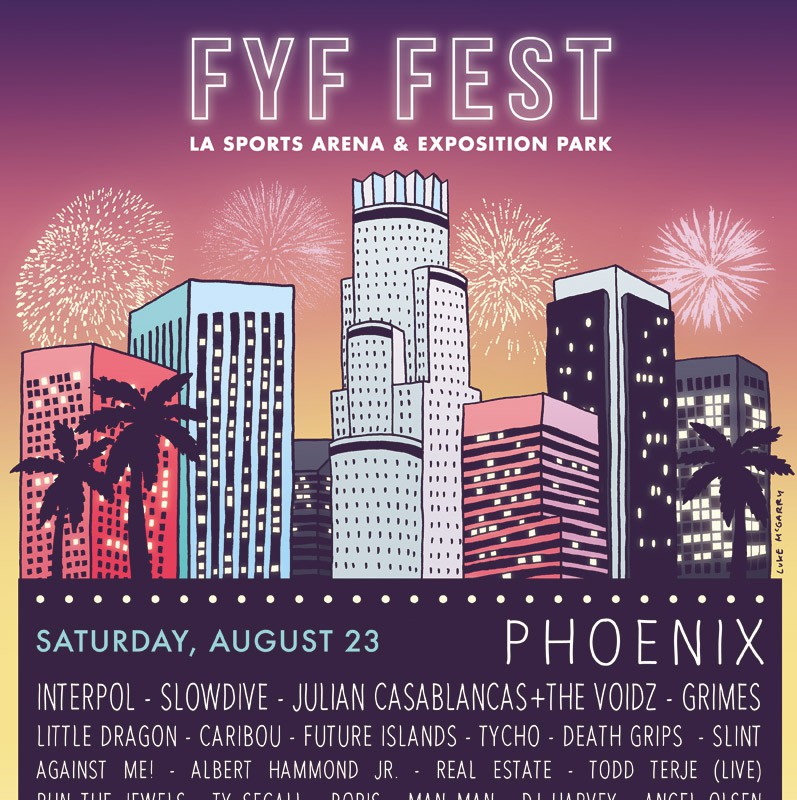 If you read Twitter or some of the more surly reviews of 2014’s FYF Fest, you might think it was a festival run in hell, operated by Satan, where attendees were denied water, food, chances to hear the music they wanted, and forced to walk miles between stages. And you’d be lying if you said the festival didn’t have some problems with their first year at the Park at the L.A. Coliseum. A quick rundown: way too far between the farthest stages, with much of the walking on concrete, which takes its toll. Impossibly huge Day One line. Fire code or capacity issues with the arena, which, though beautiful and great to be in, made it inaccessible to most of the people in attendance. Food prices now the same as any other festival and not enough options, with most places running out of most everything.

Yeah, those weren’t small issues, but it does keep with the FYF tradition of being punk rock in its setup and a little shit-showish at times. The upside has always been incredible music, great people, a beautiful day, and a vibe that just says fuck it and have fun the best way you can. For most, it is hard to think that mentality didn’t win out. And if it didn’t, you should probably lighten up and realize that not seeing Darkside or Angel Olsen isn’t going to ruin your life. Speaking as someone who missed both and wanted to see both more than anything, trust me, life goes on; the other music was good, too.

In all, 35 bands and artists were witnessed in some capacity. None were bad, and only a few were maybe regrettable decisions. Among those we missed, Darkside was apparently amazing, as was Kindness and Caribou. Those we did see, well, we ranked from worst to best. Argue in the comments.