The Gaslight Anthem – Get Hurt 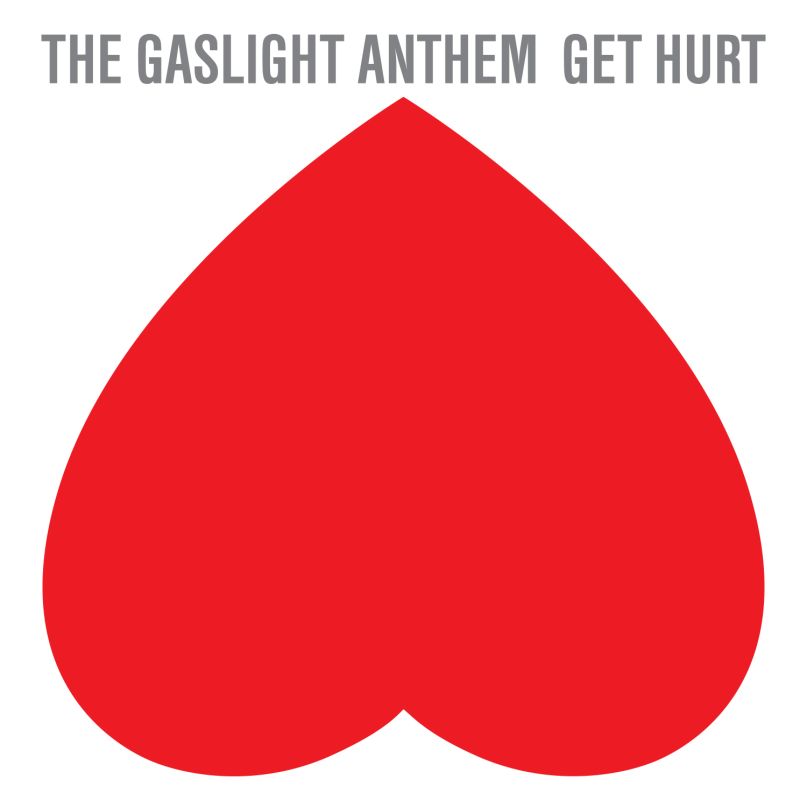 The Gaslight Anthem isn’t a punk band anymore. They’ve gone lengths to shed that label since 2010’s American Slang introduced them to a wider mainstream audience. Frontman Brian Fallon traded screams for croons, and song tempos decelerated as the production got cleaner. The band cited an appetite for new sounds and stylistic experimentation, but hardcore fans felt betrayed. Gaslight, after all, only began distancing themselves from folk punk after corporate behemoth Universal Music Group started writing the checks. Their first release for the conglomerate, 2012’s Handwritten, was steeped in alt rock clichés and neo-Springsteenian tropes, hardly resembling the band that dropped The ’59 Sound.

Musicians can’t be faulted for change. Songwriters mature; people get tired of hearing the same thing over and over again. But, Handwritten sounded like it was puppeteered by producers. The layers of vocal overdubs, the lush keyboard backdrops, the perfect guitar tones: It was as if the Gaslight Anthem were being molded into Universal’s answer to the Foo Fighters, like the bigwigs saw Wasting Light at the top of the charts and said, “Oh, people still like rock music. Let’s do that.” Too often have the majors ensnared beloved indie bands and turned their music into commercial pap. A band might think they have control over the creative process, but do they really? When the money talks, does creativity even matter anymore? Does Stockholm syndrome set in?

In the case of The Gaslight Anthem, the answer is an unfortunate and resounding yes. On their fifth studio LP, Get Hurt, the quartet wander further into the realm of radio rock, evoking all the trite Mutt Lange-isms that come with that territory. Opener “Stay Vicious” actually pulls this off with its pounding metal intro and melodic verses, a total Def Leppard transition in the best way. But, man, are there a lot of overdubs on this album. Every instrument sounds like it was tracked 12 times, including Fallon’s vocals. Somebody (probably producer Mike Crossey) got crazy with the background vocals. Where there should be rests in the melody, spaces for Fallon to take a breath before singing the next line, background vox are stacked to the point of annoyance. The production is excessive but somehow sterile — a dealbreaker for Get Hurt, which already suffers from some loudness compression issues.

That’s all semantics in the face of the songwriting, which isn’t strong enough to overcome the album’s production. When Fallon told Rolling Stone that the album was “completely different than anything we had ever done before,” he was right: Forget what you know about The Gaslight Anthem. Every track here differs from the one before it. The title cut apes The National; “Rollin’ and Tumblin’” is post-grunge (in the worst way); “Red Violins” goes country. The diversity is admirable, but it makes for a disjointed record, and it’s not as if The Gaslight Anthem perform each of these varied styles exceptionally well. Fallon’s lyrics remain poignant and earnest, but it’s hard to concentrate on them with Crossey triggering so many instrumental flourishes.

Change can be good, even necessary. Change can also be awkward, as is the case with Get Hurt. The genre experiments don’t work, and the overblown production presents these efforts poorly, never adapting to whatever stylistic side road the band is going down. Get Hurt sounds like The Gaslight Anthem trying to figure out what kind of band they want to be. One thing is for sure: They don’t want to be the band they were before signing on that dotted line.