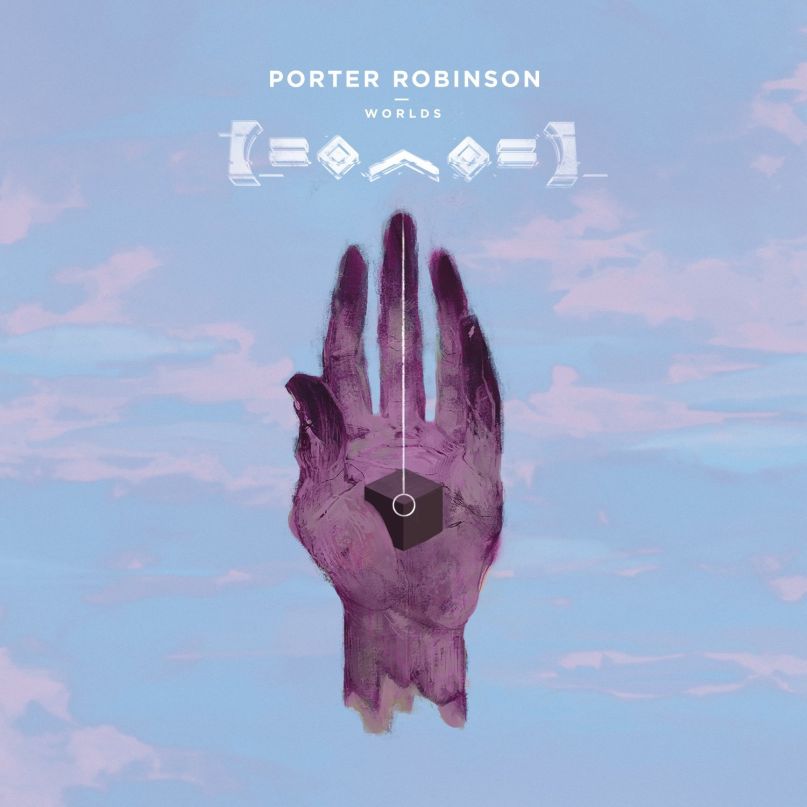 Like fellow main stage draws deadmau5 and Hardwell, 22-year-old Porter Robinson has been critical of the EDM revolution since he himself transformed the scene with his frantic, genre-blurring “complextro” soundscapes back in 2012. Unlike his contemporaries in criticism, Robinson has made a calculated shift away from his former career-defining sounds. His debut LP, Worlds, pivots toward the tender electronic layers of talents like M83 and Passion Pit. A step forward for his career? Depends if you measure success by Facebook “Likes”, iTunes downloads, and guarantees, or by earnest artistic development.

The idea of a new EDM renaissance is noble, but Robinson’s execution is frail. The first two singles, “Lionhearted” and “Sad Machine”, don’t just borrow from the high-pitched dance-pop of Michael Angelakos and co.; they seem ripped from the notebook for 2009’s Manners. Regurgitated motifs infest Robinson’s songwriting, leading to a debut that develops more like a remix compilation than a proper album. The beauty of “Hear the Bells” plays like a club manifestation of Arcade Fire, the ethereal electro vibes of “Fresh Static Snow” and album opener “Divinity” (feat. Amy Millan) evoke images of a Glitch Mob/The M Machine collaboration, and, unfortunately for Robinson, “Sea of Voices” lands a few months too late for inclusion on the Divergent soundtrack.

Attempting to bridge the kandi-ravers of EDM with the head-bobbers who fill indie dance floors, Robinson cannot avoid comparisons to his new, pop-leaning peers despite his differing musical background. With Worlds, Robinson and Universal Music Group’s Astralwerks are prepping the producer for a Calvin Harris-esque career — the type that earns Robinson production and songwriting credits on a few Number Ones throughout the course of a year by collaborating with regular Top 40 talent. So, should the likes of UMG’s Neon Trees need a club-ready remix at the end of an LP, they now have proven crossover talent in Robinson for the task. This transition alone doesn’t immediately cast a strike on the early stages of Robinson’s career, but an openness to restrict his own creative reservoir discounts Worlds‘ success.

Whereas William Orbit was able to balance his own artistic endeavors with studio collaborations, Robinson hides his former bass-fueled self behind the album’s sheen. It’s the beautifully schizophrenic beats of “Flicker” and modern breakcore of album closer “Goodbye to a World” that spotlight Robinson’s more intricate big room capabilities. Instead of truly moving either EDM or indie pop forward, Robinson teeters in a mundane middle ground. His ability isn’t lacking; Robinson just needs to ditch that indie pop crutch in order to strengthen his own voice.