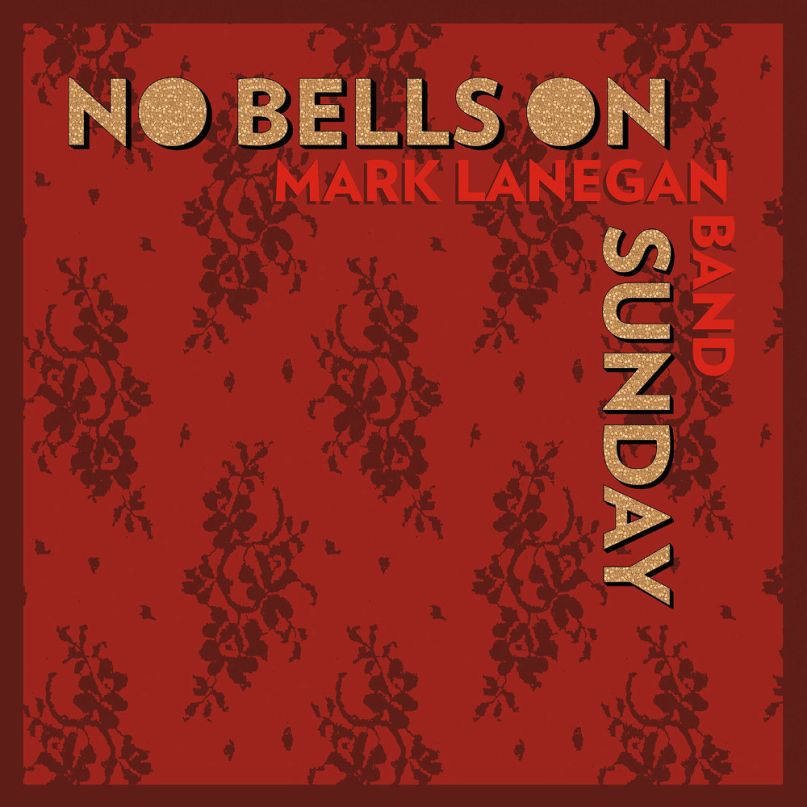 Mark Lanegan doesn’t exactly want for studio work. Since his last album under the Mark Lanegan Band moniker, 2012’s Blues Funeral, the former Screaming Trees frontman has recorded a full-length with English multi-instrumentalist Duke Garwood (Black Pudding), delivered his second covers album (Imitations), compiled a career-spanning solo retrospective (Has God Seen My Shadow?), left an Xmas EP under the tree (Dark Mark Does Christmas 2012), and collaborated on singles with Moby and Warpaint. Lanegan prefers to keep busy, a habit that consistently steers him toward new contexts and textures to underpin his signature baritone. On the five-song No Bells on Sunday EP, he continues to tinker with and master the electronic arrangements that revitalized his patented dead-slow rock on Blues Funeral.

As on that album, Lanegan’s primary challenge remains negotiating the balance between instrumental stretches and vocals — not always discerning between when his silence creates tension and when it causes the track to bloat or lull. Opener “Dry Iced”, for instance, may pit a sleepless Lanegan “aimlessly walking” through dark environs, but there’s a steady drive as he’s “speeding in a long, black car from here to Babylon.” Though, by the time his voice returns after a tedious, 75-second mid-song cycling of beats, listeners might suspect that Lanegan spent that downtime pulled over asleep rather than accelerating toward his destination and the song’s climax. The title track — complete with the sublime line “the blown-glass setting sun weeps electric light”– skirts a similar fate, its extensive synth passages acting as the unspoken, plaintive ruminations between utterances. One formula, two polar results. Maybe there’s no hard rule for what Lanegan’s attempting here, but his instincts aren’t fully refined yet either.

That said, when he gets it right, he pulls off some of the best work of his career. Single “Sad Lover” runs white-hot like “Quiver Syndrome” off Blues Funeral, Lanegan’s vocals sanded down in relief and flanked by metallic drumming, rallying guitar, and what sounds like castrated bagpipes. Better still is “Smokestack Magic”, an eight-minute build, explode, and dissolve that finds Lanegan growling up front over Korova Milk Bar vibes one moment and summoning in the background like a séance leader the next over a rapid beat, ghostly synths, and throat-lodged horns. And to think this guy used to croon folkish songs over acoustic strums. By the time “Smokestack Magic” finally dissipates into the evening air, listeners will already be anticipating Lanegan’s upcoming Phantom Radio LP. Yeah, that’s right. He’s got a full-length ready to go. No idle hands for Dark Mark.