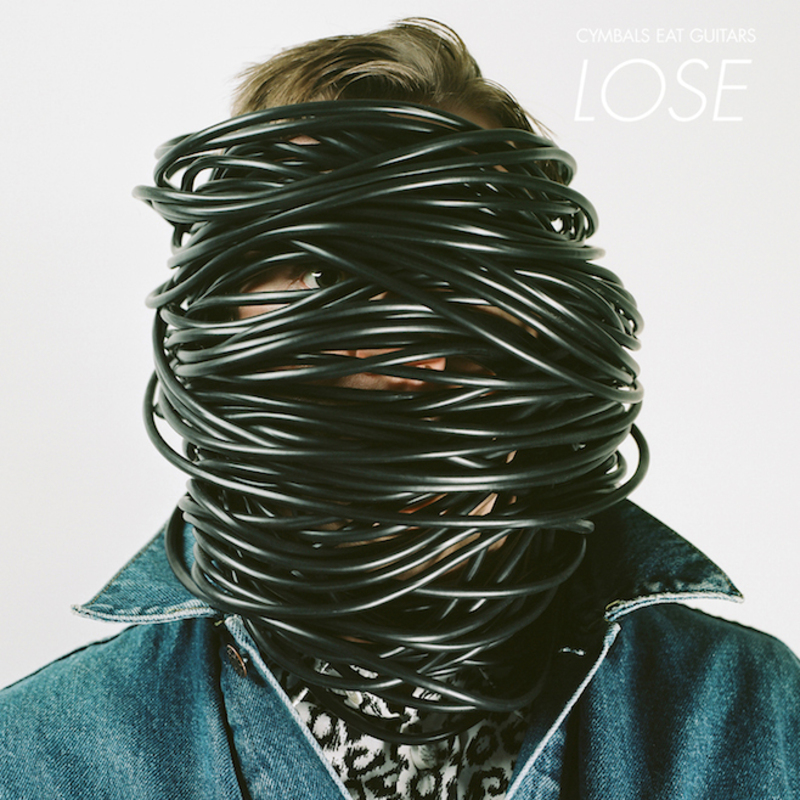 Seven years ago, before the release of Cymbals Eat Guitars’ first album, Why There Are Mountains, frontman Joseph D’Agostino’s best friend, Ben High, died of a heart condition when he was just 19. D’Agostino kept the traumatic incident close to the chest, not explicitly referencing it in either the band’s debut or its follow-up, 2011’s Lenses Alien. Now, as he explained in a Pitchfork interview, “With this record I wanted to simplify and say something that was truthful to me — and I feel like, as an artist, I’m ready to do the subject matter justice.” While the loss of his dear friend colors much of LOSE, the band’s triumphant third album also holds a deep nostalgic core: of childhood, of seeing the Wrens in a rec room in Philadelphia, of growing up in New Jersey. These feelings envelop LOSE, making it one of the most revealing and enthralling LPs of the year.

With all the deeply personal thematic elements in place, LOSE also represents a musical shift for the Staten Island-based four-piece. On Why There Are Mountains, the band offered up a who’s who amalgamation of ’90s indie rock touchtones, channeling the likes of Pavement, Built to Spill, and Superchunk. There, they played with a youthful intensity that was both infectious and decidedly unhinged. When they returned with Lenses Alien, an intricately woven and difficult sophomore LP with a jam-minded lead single that surpassed the eight-minute mark, they were met with critical praise but not much else. LOSE, however, works as a back-to-basics LP that finds them creating their simplest and most effective rock music yet.

That’s not to say these arrangements aren’t interesting. Opener “Jackson” unravels over the course of six minutes, with cascading guitars, dramatic horns, and a bursting solo. Their new sound comes in part from working with producer John Agnello, known for collaborating with acts like Kurt Vile, Dinosaur Jr., and Sonic Youth. On more straightforward numbers, like the intoxicated stomp of “XR” with its boozy harmonicas and whipping guitars, Agnello’s production techniques lend the feel of a sweaty basement rocker. Other songs, like “Jackson”, sound anthemic, almost epic.

The production is a perfect foil for D’Agostino’s forceful, Mac McCaughan-channeling yelps. “Warning” is a ripping punk number with metallic guitars and a keen pop sensibility tempering its abrasive riffs, another case of a simplified sound benefiting the band. Things get truly knotty during extended jams like “Laramie” and the space rock banger “Place Names”. Even though Cymbals Eat Guitars have largely condensed their music to make it more direct and hard-hitting, it’s not forced or indulgent when the band does spread out for a longer composition. On LOSE, each song feels tightly orchestrated and intentional.

Though Cymbals Eat Guitars returned with a fresh new sound, D’Agostino’s lyrics are the biggest improvement from Lenses Alien. As a songwriter, he deftly highlights life’s small moments. When he’s singing about an adolescent trip to Six Flags on “Jackson”, he vividly transforms the feeling of being on a roller coaster into an apt metaphor: “Got the space sickness/ While we wait on the weightlessness/ A delirious kiss.” While D’Agostino is describing a seemingly trivial event, to him, those events are what he misses the most. This loss of innocence informs LOSE, of remembering the last time things were simpler before growing up.

There is also a wealth of references to New Jersey. “XR” captures the feeling of being young, high, and record obsessed, name-dropping a Jersey-based music store: “That summer benzo blackouts erased my identity/ At Vintage Vinyl to score some CDs.” Though the minutiae of teenage life, like picking up used CDs or having nothing to do, is something D’Agostino took for granted as a kid, it’s these moments that make up the loss in LOSE. On “Chambers”, D’Agostino continues to detail the profound nostalgia permeating the record. He sings, “It’s technically NYC but dear Christ does it get lonely/ The panic sets in ’cause nothing’s happening/ Days of the same old shit/ But I’ll miss all of it.”

After Lenses Alien, Cymbals Eat Guitars almost seemed destined to be stuck in ’00s buzz band semi-obscurity. This was no fault of the band’s own; sometimes great bands get lost in the ether due to their own consistency or because more headline-grabbing acts overtake the spotlight. With the band’s emphatic peak, LOSE, it’s now impossible to overlook D’Agostino and his bandmates. Channeling profound loss, once-buried emotions, and a stronger sense of songwriting, these Staten Islanders have created something cathartic, life-affirming, and important.