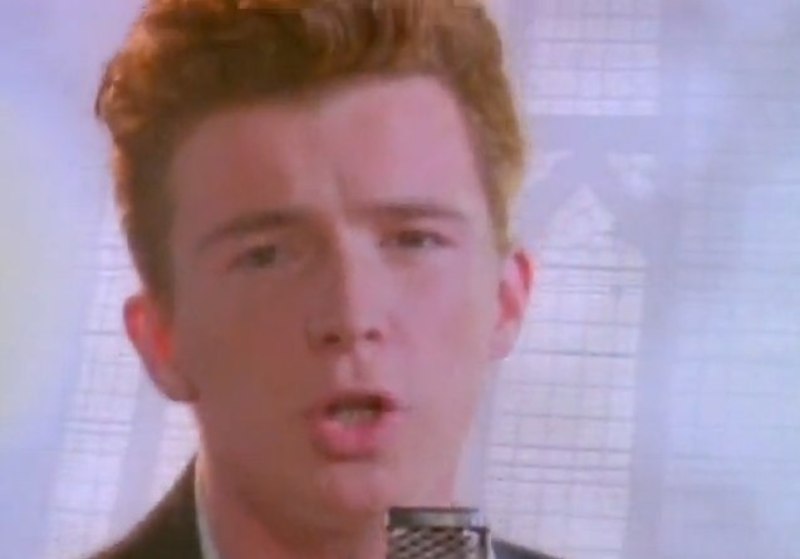 There was a two-year period in the mid-2000s where I was “RickRoll’D” at least twice a week. (I’m gullible, shut up.) For those unfamiliar with the Internet phenomenon (or maybe you’ve just blocked it out), a friend/loved one links to one URL, only to do the ol’ bait and switch and trick you into watching the video for Rick Astley’s 1987 pop classic “Never Gonna Give You Up”. It was a simpler time before Snapchat and Instagram, folks.

Sadly, nothing lasts forever — not even the world’s greatest meme. As Billboard reports, the original “RickRoll” video from 2007 has been pulled by YouTube in several countries, including the United States.

No word yet on why the video, which has garnered some 71 million views, was restricted, though YouTube placed a similar, albeit rather brief ban back in 2012. Neither RCA, who released the track, the song’s several publishers, nor Astley himself have yet to comment on the video’s removal. However, Astley had previously promised to never turn around and desert us.

It’s worth noting that several other versions of the video remain available on YouTube. If there’s a plus side to all of this, it’s that I’ll only continue to fall victim to the “scary maze game”.

Below, revisit some of the best “RickRolls” of all-time: