Who Charted?’s Howard Kremer and Kulap Vilaysack Pick Their Songs of Summah 2014

Leave it to the ambassadors of the Summah movement to bail us out. 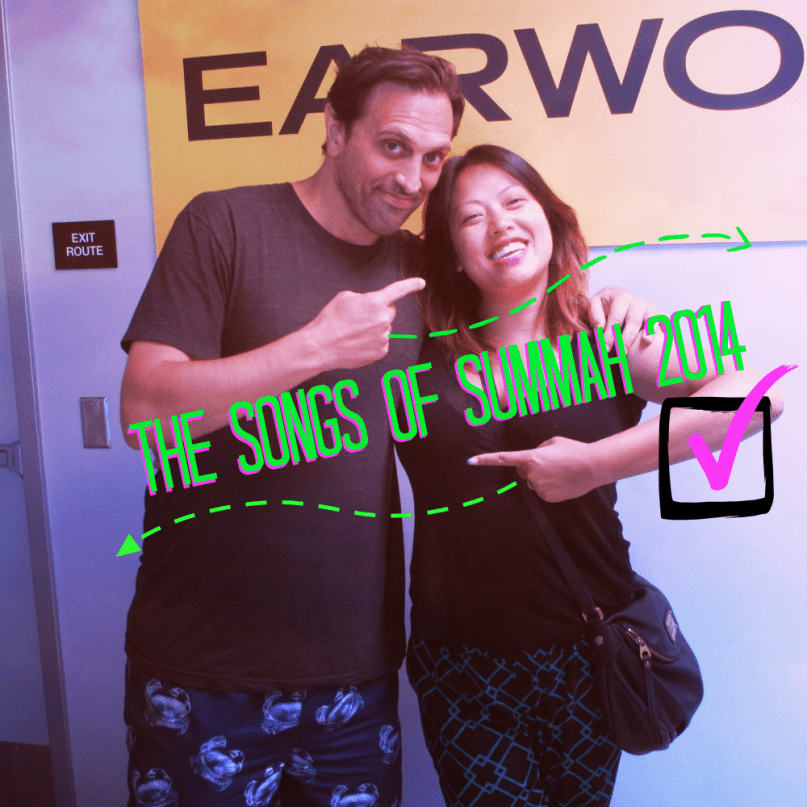 As we approach the midpoint of summer 2014, the airwaves are at an impasse. No song has established itself as the “song of the summer” like we’ve had in the past. While many are quick to assign Iggy Azalea’s “Fancy” the title, there are just as many dissenters to shout down the nomination. Pharrell’s “Happy” is now used as a tool to incite nausea and disperse crowds, officially taking it out of the running. With few other certifiable hits on the charts, we must look to the wisest among us to seek out the sound of the season. Enter the hosts of Earwolf podcast Who Charted?, Kulap Vilaysack and Howard Kremer, the ambassadors of the Summah movement.

Summah, for the uninitiated, is summer with some extra flare and more meaning than many put behind the warmest season of the year. Summah is something you need to immerse yourself in, to drink in like an ice cold lemonade on a hot day at the beach. It’s the kind of season where you can find yourself sympathizing with the mayor in Jaws, who only wanted the beaches to stay open so everyone could have a good time.

As the founder of the movement and the patron saint of Summah, Howard leads a large legion of Chartists (fans of the podcast) out into the festive breach every year for the brief but glorious reprieve from non-Summah, and as the co-hosts of a podcast that covers all the pop culture and chart-topping songs of the week, Kulap and Howard are more than capable guides to inform your listening choices for the rest of Summah 2014.

So, to celebrate the season, here are Howard and Kulap’s lists of the Top 5 Songs of Summah, and when you’re done with these, be sure to check out Howard’s excellent new album, Summah This Summah That, on Bandcamp to soundtrack your Summah right.