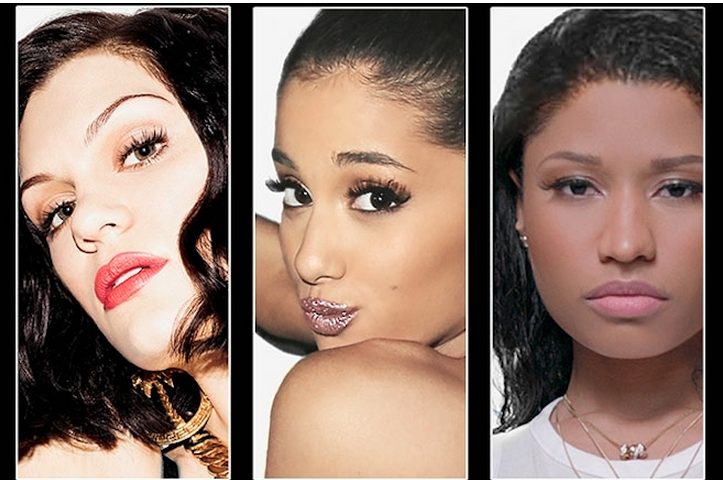 Jessie J is expected to release her third album sometime this fall and, for its first single, the U.K. pop singer has enlisted the marquee talents of Ariana Grande and Nicki Minaj. While she’s yet to really break out in the United States, her new song “Bang Bang” has more than enough star power and radio-playability to make a real impression.

On the track, which was produced by Max Martin, Savan Kotecha and Ilya, Jessie J and Grande show off their voices through some hook-laden vocal runs. Minaj, meanwhile, raps a verse featuring dexterous lines like, “Queen Nicki dominant / Prominent / It’s me, Jessie, and Ari / If they test me they sorry.”

In addition to appearing on Jessie J’s forthcoming LP, “Bang Bang” will also be available as a bonus track on Grande’s forthcoming album My Everything, out August 25th via Republic Records.