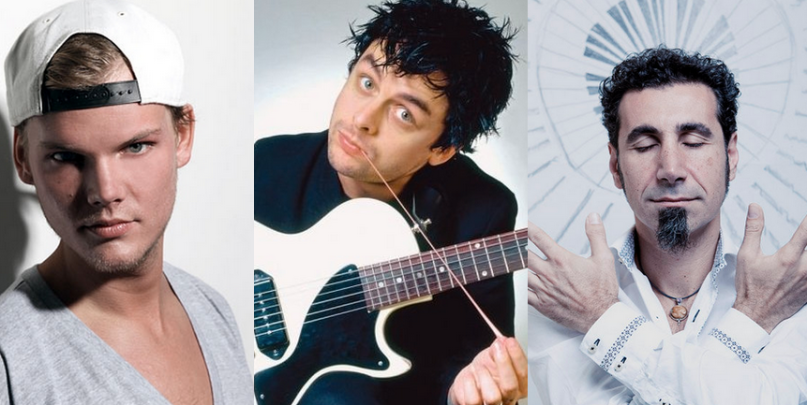 I know we just clobbered you with posts on punk rock’s death and Spotify’s depressing Top 25 Artists Under 25 list, but are you ready for even more bad news? Perhaps due to his insanely profitable output as of late, Swedish producer/DJ Avicii has been able to snag some of your favorite rock musicians for his forthcoming album.

Some of those  artists willing to trade in their axes for some bass drops and glow-sticks? According to Rolling Stone, Green Day’s Billie Joe Armstrong, Coldplay’s Chris Martin, System of A Down’s Serj Tankian, and Jon Bon Jovi have all been tapped to appear on Avicii’s True follow-up. Other contributors include Matisyahu and Wyclef Jean.

While Armstrong, Tankian, and Bon Jovi all seem like totally left-field guests, Avicii and the Coldplay frontman have apparently remained good friends since working together on Ghost Stories stand-out “A Sky Full of Stars”. “Chris has been like a brother,” the superstar DJ told RS.

There’s no question EDM and pop/rock have overlapped tremendously over the last few years, but I can’t for the life me begin to imagine what a “Chop Suey” meets “Levels” track would sound like. Can you?