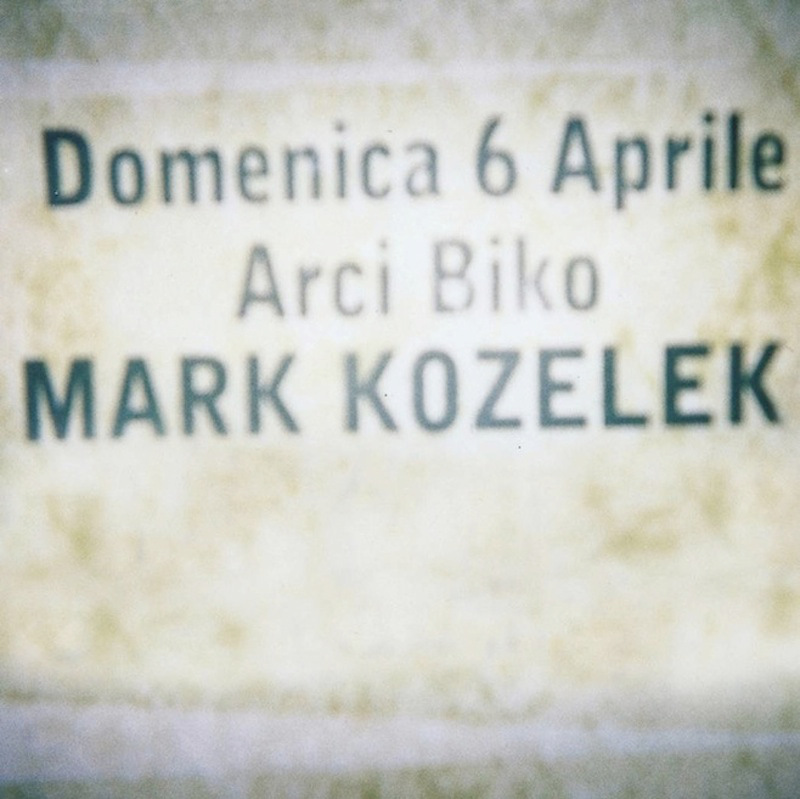 Live albums aren’t exactly landmark events for Mark Kozelek. He releases one shortly after just about every record he puts out (as Sun Kil Moon or otherwise), and they’re decidedly minimal — usually just him and an acoustic guitar. So, how you feel about his latest, Live at Biko (recorded at the Milanese venue of the same name), largely depends on how you feel about this year’s Benji.

Luckily, Benji happens to be an excellent record. It’s hard to argue with its six songs included here, all of them heartbreakingly empathetic, funny, sad, and autobiographical. People seem to agree that it’s Kozelek’s best since Ghosts of the Great Highway, and while Benji may not be more musically adventurous than any of his other work, there’s an honesty at play that strips away the cryptic nature of some of his earlier output, painting songs that function more as cathartic short stories. The live arrangements of these tales will never be the most definitive — “I Watched the Film The Song Remains the Same” and “Carissa” sound more or less identical to the ones recorded in the studio — but like many of Kozelek’s live albums, the thing Biko does have going for it is its banter.

As funny as Kozelek’s interactions with the crowd have always been, they also give a fascinating look into where he’s at in his life, serving as accompanying anecdotes to his music. He doesn’t play “UK Blues” 1 or 2 on Live at Biko, but we get to hear the travel-weary grumpiness (specifically with Europe) exhibited in both of those songs firsthand. He literally stops playing “I Love My Dad (“It just sucks in Italy,” he half-jokingly grumbles) and even complains about Finnish cuisine in both outlets. “I want to thank the people of Biko,” he tells the audience before “Elaine”, the final song of his encore. “They’ve been wonderful. They cooked me some really great food … I’m having a good fucking time. Now I’ve got to go to Scandinavia to eat really shitty food.”

Even more intriguing than the tongue-in-cheek homesickness are Kozelek’s interactions with his female fans. One of the best lines from “Sunshine in Chicago” (a late-set addition here) goes, “…in the ’90s when we had a lot of female fans/ And fuck they all were cute/ Now I just sign posters for guys in tennis shoes.” Anyone wondering if these status-related frustrations are true need look no further than the end of “Gustavo”, one of the only tracks that’s different from its more electronic studio version. “You’re allowed to sit on the stage because you’re a girl,” Kozelek tells a young woman named Sarah. “If you were a guy, I’d kick you off the stage. If you’re a guy, and you ask when my record’s coming out on vinyl, I’ll kick the shit out of you. If you’re a girl, I’ll talk to you for an hour about it.”

The exchange points to his shift from indie rocker to indie elder statesman, a transformation that surely adds to the already palpable dread that comes with middle age. To be fair, I would ask Kozelek when Benji‘s coming out on vinyl. It’s the only reason I haven’t bought it yet. And yes, I am wearing tennis shoes. (Pumas, to be exact.)

After the guilt-ridden sex chronicle “Dogs”, Kozelek continues his rapport with Sarah. “Are you comfortable sitting up there while I was singing songs about eating pussy when I was in seventh grade?” he asks. “I’m just curious.” The audience laughs — it seems good-natured enough — but there’s also a tinge of unease to the comment, a sense of “I’m joking. But not really.” For better or worse, there’s now a dirty, old man behind Kozelek’s words, the same man that propelled him to write “Dogs” in the first place.

Just a few minutes later, his gaze switches from leering to almost doe-eyed (at least for him) when describing a text from his girlfriend that inspired “Richard Ramirez Died Today of Natural Causes”. Then, he goes back into horndog mode when talking about True Detective. “Woody Harrelson’s mistress is just … oh my God, Jesus Christ, fuck. My girlfriend was like, ‘Yeah, I know why you want to watch this four times.'”

None of this comes off as misogynistic per say (or hell, maybe it does). It’s more painfully human than anything. If you’re a Kozelek disciple, the songs on Live at Biko won’t give you further insight into the love, lust, humor, and sadness that make him tick, but the dialogue sure will. “Are you tired of these middle-aged ramblings of mine?” Not at all.