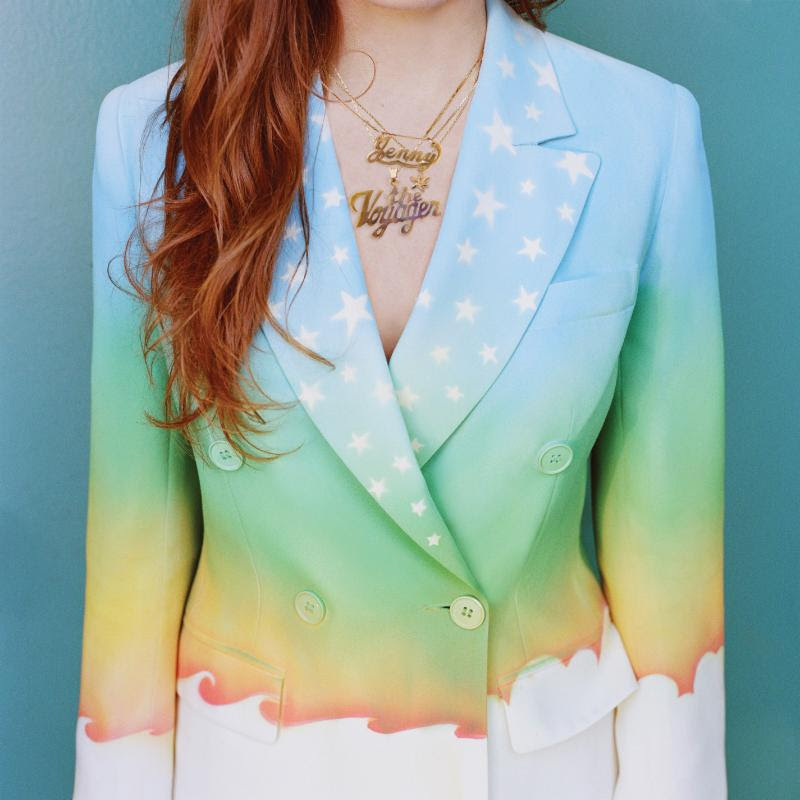 Teenage girls everywhere practically prayed to Jenny Lewis, identifying with every feeling on Rilo Kiley’s The Execution of All Things and singing along with every word. She was the reason I, personally, wore too-short thrift store dresses to classes and parties in college, kept my bangs trimmed and brushed to one side, doused my eyelashes in coat after coat of mascara (a habit I still haven’t shaken to this day), and practiced her thin-lipped pout in PhotoBooth selfies in the library when I was bored with studying. She was the cute, sensual, no-bullshit woman I wanted to be. She was the patron saint of sad, elfin, guitar rock-loving girls, and for several years in my later teens and early 20s, I desperately needed her to guide me, because there was simply no one else to do it in the same way.

What’s next for her disciples? Lewis is 12 years my senior, and I’m the same age she was when she recorded Rilo Kiley’s debut, 2001’s Take Offs and Landings. But if her third solo album, the classic rock-inspired The Voyager, is any indication, she doesn’t have it all figured out yet either. I get it — I have to let go of my unrealistic fantasy that beautiful, talented, smart women, women like Lewis, wake up on their 35th birthdays self-actualized, blissfully happy, and prepared to lead us younger females in the same direction if we only follow their instructions. The album’s source material is the stuff of disaster — including the breakup of Rilo Kiley, Lewis’ father’s death, and a hefty, debilitating bout of insomnia — things which, unfortunately, even women the rest of us idolize are not impervious to at any age.

What, then, is at the heart of this album about loss, being thrown for a loop both romantically (her breakup with Rilo Kiley bandmate Blake Sennett heralded the breakup of the band) and professionally, and, yes, growing older? Sonically, it’s a far cry from the folksy, indie gospel vibe that defined her solo debut, the nearly flawless Rabbit Fur Coat, and it sounds different from 2008’s Acid Tongue, too. The sound is big, and it draws more from the go-big-or-go-home aesthetic of bands like Fleetwood Mac and Cream. It works well enough, but there are moments when The Voyager simply feels overextended, its emotions manufactured despite being produced by soul-barer extraordinaire Ryan Adams.

Another one of the album’s hallmarks is some of Lewis’s least subtle songwriting ever. Thematically, some might point to the line “I’m just another lady without a baby” from “Just One of the Guys” as the crux of the whole work. It doesn’t come off as self-pitying or regretful; it’s simply stated as fact. (And, sure enough, she smiles as she sings it in the music video.) “She’s not me, she’s easy,” Lewis scoffs on “She’s Not Me”, in which she embodies a woman whose lover has scorned her for someone who’s less, well, difficult. “Bet you tell her I’m crazy.” The generic “crazy” moniker from the unnamed man stings, and while the tempo is upbeat, this song succeeds in packing an emotional wallop, as all of Lewis’s best works do.

There are apprehensions about growing older in an industry that is very much about being seen, but in classic Lewis fashion, she shrugs them off, knowing her power has always come from ignoring what other people say about her. “I’ve been the only sister to my own sorrow,” she sings in “Just One of the Guys”. “Late Bloomer” is a highlight, especially for Rilo Kiley fans. Propelled by Lewis’s strong-as-ever voice, it’s about as close to her former narrative songwriting style (think “A Man/Me/Then Jim”) as anything else on the album.

(Watch: A Conversation with Jenny Lewis)

It’s obvious that Lewis desperately needed to make The Voyager, and maybe it doesn’t really matter if it’s the album that the fans who still pray to her after all this time needed to hear. Her rich, heartbreaking voice remains, the drug references are still there, and her skilled musicianship still underpins every song. The Voyager is a grower. I can feel it. Possibly the strongest, most hook-laden track, “Head Underwater”, contains a hopeful refrain: “There’s a little bit of magic, everybody has it/ There’s a little bit of sand left in the hourglass.” I think I’m ready to cover up my legs and embrace my mid-20s to the best of my ability, even if Rilo Kiley songs like “I Never” and “Pictures of Success” will always have my teenage heart. Jenny says it’s time.

Essential Tracks: “Head Underwater”, “Late Bloomer”, and “Just One of the Guys”