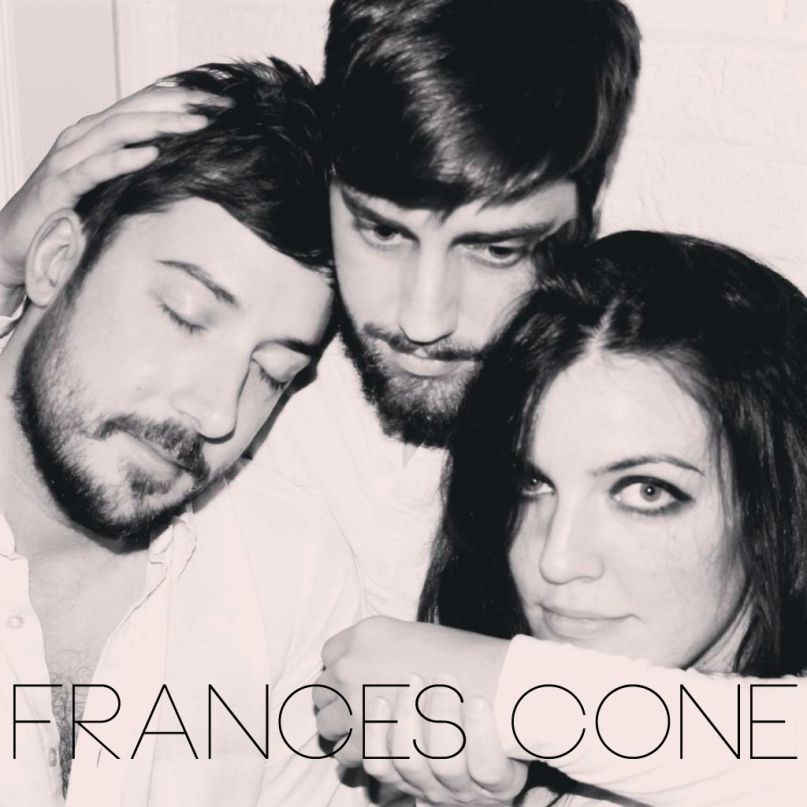 Everything changes a minute or so into Frances Cone’s self-titled EP. The airy synths of opener “June” tiptoe beneath frontwoman Christina Cone’s cooing vocals, and a distant chorus rings from exposed wooden rafters. It’s lovely, if precious. It’d be easy to hear “June” underscoring an excruciating goodbye between the doe-eyed tweens of an ABC Family staple. But then, a minute or so in, the floor drops out, not to jagged guitars or harsh distortion, but into a rising crest of synthesized brass that evokes the final moments of Brian Eno’s seminal Music for Airports. It’s subtle, yes. Maybe even ignorable. But it still changes everything.

Such soft, organic flourishes result in a diversity of texture. Cone and collaborators Andrew Doherty and Jeff Malinowski have a talent for layering; skip ahead 30 seconds at nearly any point and you’re bound to hear a new instrument or melody pop into the mix, subtle as it may be; see the spastic ivories and sonar blips of “Better Man”, or the elegance of Malinowski’s electric guitar as it scales octaves on “Wiser”. Still, there’s a patience to the songwriting, a deliberateness that ensures no song becomes too cluttered. In terms of production, it’s a step up from 2013’s Come Back, though there are times I long for the “Church in the Wildwood” vibe of that previous effort.

That’s because Cone, a preacher’s daughter from Charleston, has a soprano that resonates strongest when it channels the kind of bluesy croon you’ll find at a Southern worship service. Consider it an absolute compliment when I say that Cone’s voice affects me in the same way Leigh Nash (of Sixpence None the Richer) did during my days as a born-again Christian. There’s a warmth to her voice, a yearning that’s simultaneously robust and ephemeral. That’s why a song like “85”, no matter the lyrical content, feels like it has the power to lift worshiping hands skyward.

Not every song has that power. “June”, despite its Eno-esque flourishes, bathes Cone’s voice in a few too many bubbles to fully unleash its strength. And the EP itself, though strong, lacks cohesion. But these are minor quibbles with a record that packs a pulpit’s worth of promise. I’ll give that an amen and a hallelujah.