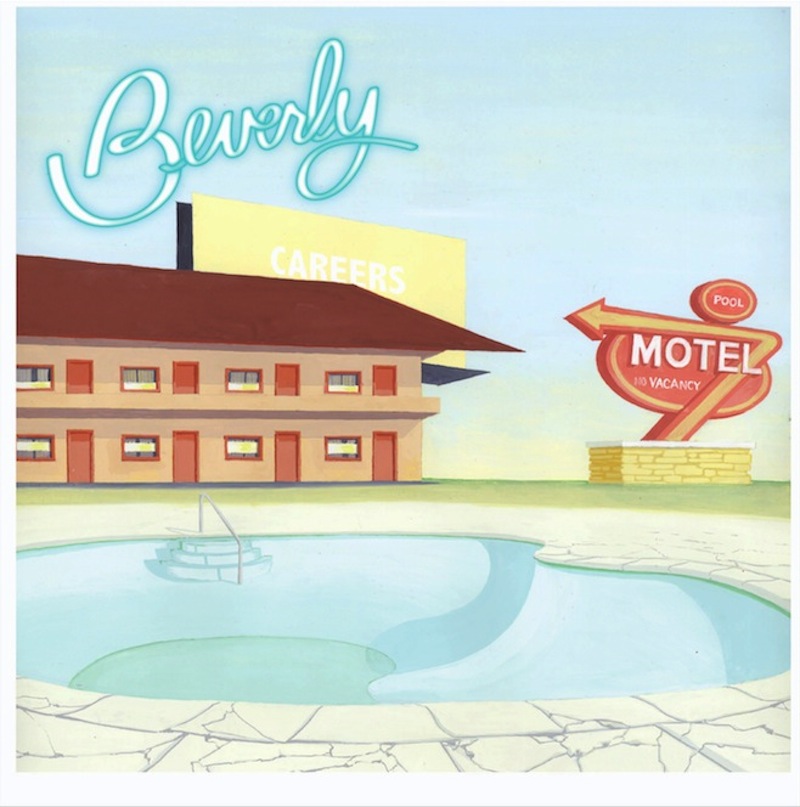 Now based in Los Angeles, Frankie Rose still claims veteran status in Brooklyn’s garage pop community. A former member of Crystal Stilts, Vivian Girls, and Dum Dum Girls, the songwriter later strayed in her solo career from the raspy, uptempo rock she’d helped popularize through the 2000s. Last year’s Herein Wild and 2012’s Interstellar pushed into a lightweight, lamé-draped shoegaze, as if Rose was trying to extract herself from the muscularity of guitar-playing to float out from the bodily restraints that come with rock. Her new project, Beverly, a duo with Drew Citron, supplies a hefty counterweight to Rose’s main outlet. It turns out Rose still does well making music rooted in visceral gestures.

Citron played in Rose’s live band for the better part of 2013, and she appears on Careers as primary songwriter. The contrast between Herein Wild and Beverly’s debut is stark; by herself, Rose tends towards vapor, while Beverly hits on hard matter. These songs keep the gruffness that marked Rose’s early bands but opt for clearer dynamics. Opener “Madora” takes a Velvet Underground riff almost verbatim, then erupts into power chords and big, big drums. Standout “Planet Birthday” pits easy post-punk markers — driving bass line, atonal leads — against Rose and Citron’s gentle, casual vocals. Digging out the tension between aggressive instrumentation and anodyne singing feels so natural and self-evident, I’m surprised that other bands keep drawing on post-punk so literally.

Rose and Citron of course have an effortless knack for melody, and they get to flex it most on the 2:08 “Out on a Ride”. With its pounding beat and quick strums, it falls just shy of sounding like another obvious entry in the catalog of rough songs that have never actually been heard in a garage. But the space between the two women’s voices, the depth of their harmony, the natural rapport they have with each other smooths the song into something more lasting. Careers sounds like music born out of a friendship we’re lucky to witness.

Essential Tracks: “Planet Birthday”, “Out on a Ride”