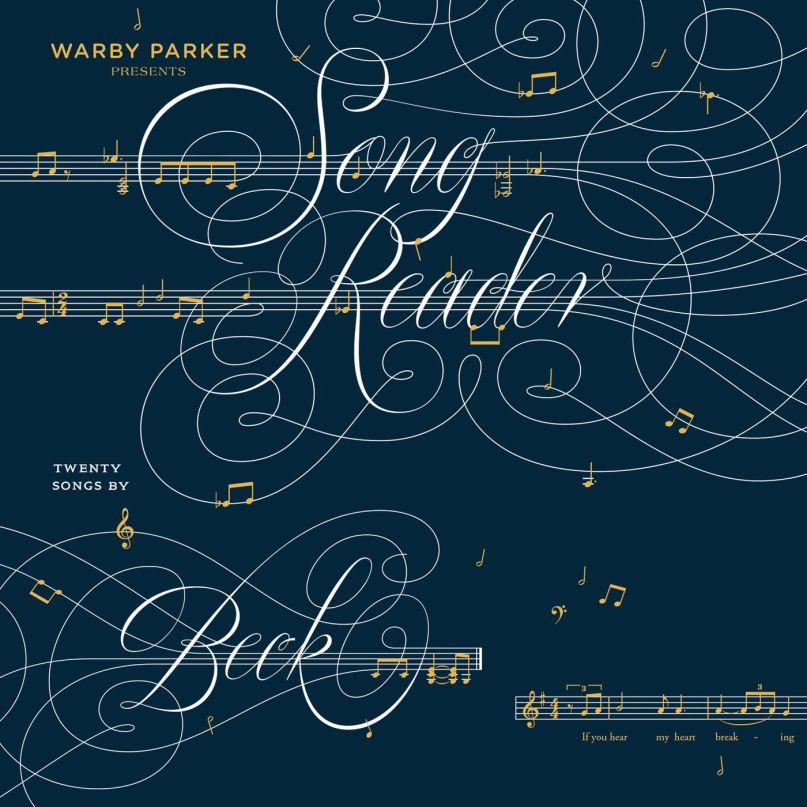 The six years of Beck’s career between Modern Guilt and Morning Phase would make for an amazing “How I Spent My Summer Vacation”-type essay. Besides putting out a few singles and playing the occasional festival, he recovered from a spinal injury, covered entire albums with Record Club, contributed original music for films, and produced releases by Charlotte Gainsbourg and Stephen Malkmus. But the most significant project of this era has to be Song Reader, the “album” of sheet music he released in 2012.

The concept was a fairly simple one that Beck had been kicking around for over a decade. Rather than recording the songs himself, he wanted to create something that other musicians could interpret, perform, and share. Some critics questioned how many fans could actually read music and simply shrugged it off as another Flaming Lips-style album release. It only made sense, though, that an official recording would be the next step.

Song Reader isn’t a Beck album, though, not really. Even though he wrote all of the songs himself and oversaw production, hardly any of them sound like what you might consider to be “Beck songs.” Sure, there are occasional oddball lyrics about “the corduroy boy in the killjoy shirt” or “fixing the spelling on a suicide note,” but Song Reader is built to stand on its own without using its creator’s iconic status as a crutch. It’s a bold move that most established artists aren’t willing to make, but it works.

But leaving that much of the initiative to almost two dozen different artists leads to an obvious issue. Song Reader can be inconsistent and a bit difficult to listen to straight through, which is why it’s helpful to split it in half. The first 10 tracks are all fairly simple and straightforward, with most of the artists sticking to what they do best. Whether it’s Tweedy keeping things mellow or Juanes flitting through his Spanish-language cover of “Don’t Act Like Your Heart Isn’t Hard”, the arrangements are pretty faithful to the performers’ own work. Jack White (who has to be kicking himself for not coming up with this idea first) does a great job of tapping into his inner Hank Williams for “I’m Down”, but it can’t top Norah Jones’ carefree “Just Noise”, the liveliest track on the album’s first half. It comes just in time to prevent things from getting too drowsy.

Beck’s lone contribution as a performer is on the dreamy “Heaven’s Ladder”, which owes so much to The Beatles that John Lennon and Paul McCartney probably deserve a writing credit. While it isn’t quite as soul-baring as anything on Morning Phase, it’s exciting to see Beck actually enjoying himself again and revisiting the psychedelic roots he explored on Modern Guilt. After Laura Marling’s painfully sweet “Sorry”, though, it’s time for things to get weird.

Of course, you can’t get much weirder than the dramatic, perpetually oversexed Jarvis Cocker, who kicks off the album’s bizarre second half with a slithery cover of “Eyes That Say ‘I Love You’”. Other highlights include New York Dolls frontman David Johansen (aka Buster Poindexter) snarling “Rough on Rats” like a campy Tom Waits, while Jack Black hams it up on “We All Wear Cloaks”, taking the song deep into show tune territory. His appearance may seem unlikely, but Black’s showmanship and over-the-top vocals make it a unique and interesting part of the project.

But not everyone is interested in branching out, which is the album’s main shortcoming. There’s nothing necessarily wrong with Tweedy or fun. sounding like themselves, but it feels like a missed opportunity to try something different. The unfortunate low point is Loudon Wainwright III’s dull rendition of “Do We? We Do”, which doesn’t even sound half as inspired as the amateur covers on YouTube. Of course, that’s the great thing about Song Reader. Think you can do these songs better? Go ahead. That’s the point.