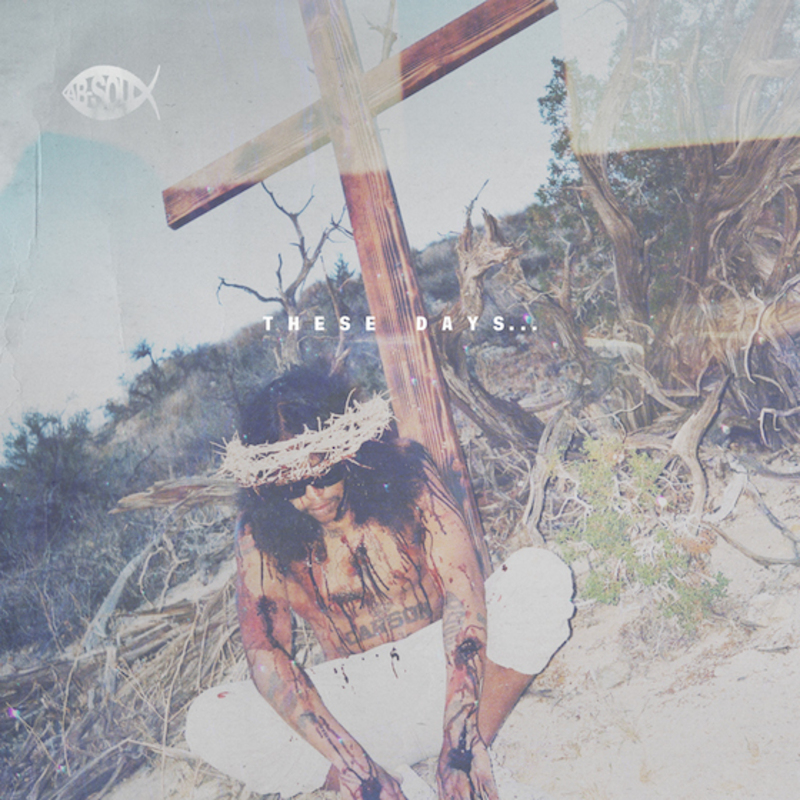 Ab-Soul has completely lost control. That isn’t necessarily a bad thing; it’s just different. When the California rapper first popped onto the rap radar with his cameo on the outro of Kendrick Lamar’s indie album, Section.80, it was clear that he had all the answers. These days, it feels like he’s questioning a lot of things.

Drugs are his crutch. “My girl died and I lost my mind/ I’m off everything except heroin,” he raps in a dreary opener produced by Purity Ring’s Corin Roddick. (Just to be clear: “off” means “on” here, although “heroin” can be heard as “heroine,” meaning his late longtime girlfriend, vocalist Alori Joh.) His sonics now operate in a narcotic fog, as if to loosen his grip on reality. Before, the drug use felt like a gateway to higher thinking — think DMT’s role on “Pineal Gland”. Now, it’s simply an escape. On his third studio album, These Days…, Ab-Soul’s metaphysical train derails in a druggy haze and crashes into the harsh actualities of life, with mixed results.

These Days… is far less conspiratorial than its fantastically paranoia-charged predecessor, Control System, but it isn’t any less weird. In fact, it may be even weirder. It’s fringe rap that exists mostly in the abstract amid a wave of sedatives and psychedelics. The drugs seemingly prevent Ab from being fully lucid, and he tiptoes back and forth between his typical shtick and a hyper-sexualized brand of lean rap. It’s still smart, it just feigns ignorance. Or perhaps it simply wants to forget it’s smart. Being a rap intellectual — constantly conscious — can get tiring.

Things get strange when Ab isn’t at his sharpest. Rick Ross is sandwiched in between Lupe and Short Dawg. J. Cole production sneaks its way into the latter half. “Twact” is basically just a lackluster YG cover. “Closure” has a bizarre Shlohmo sample. The ideas are all over the place. Overall, the songwriting is shoddy, even with the TDE MC maintaining his technical edge. There is no direction, which is bound to be an issue on a 90-minute album. Ab even tucks a rap battle with Daylyt in at the tail end of the closer, “W.R.O.H.”.

Despite the intermittent confusion, though, These Days… is an interesting listen with moments of crystal acuity. “Just Have Fun” is like riding around on a synth cloud on LSD. Ab-Soul returns a long overdue favor to Kendrick by giving him his own interlude, and Kendrick eviscerates it, rapping as if irate: “These streets made me, broke me down, built me up, drove me crazy.” On “Tree of Life”, he raps metaphorically about his life in botanical terms, and he makes it very clear he’s operating now with green in mind. “This money got me on the run/ And it don’t grow on trees, I’m tryna get me some,” he explains in the hook, and the message reads loud and clear. When the DJ Dahi beat drops like a coda, Soulo rips off name flip after name flip in his greatest technical display.

While These Days… does linger a bit too long in the depths of intoxication, it’s difficult to write this off as anything less than a solid indie release. Ab-Soul may have momentarily lost his way, but he hasn’t lost his ability to rap, and that’s the most important thing. His songwriting has suffered, though, due to an inebriated lack of coherence. These Days… chases euphoria throughout, but it doesn’t always capture it. With Ab’s major label debut now pending for release in 2015, it’ll be exciting to see what levels of lucidity await.