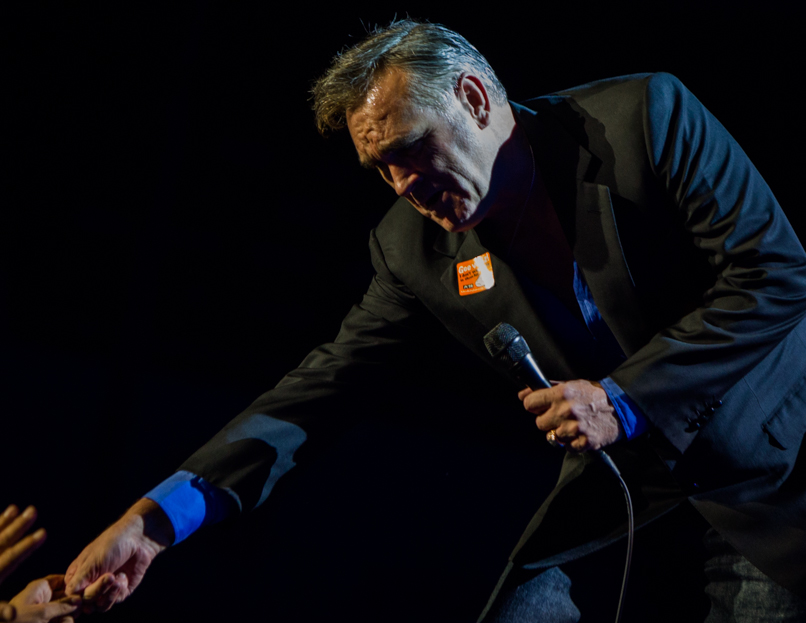 Anyone else have money on Morrissey canceling his entire North American tour? Winner, winner, penne pasta and tomato sauce. Following his fourth cancelation of an Atlanta show in two years due to what has now been identified as “a respiratory infection,” Morrissey postponed gigs in Atlantic City, Baltimore, and Washington, D.C. (Boston, you lucky dogs.) Now, a Facebook post has officially called off the nine remaining dates on his schedule:

It is with great sadness that the remainder of the US Tour has been cancelled. The respiratory infection Morrissey contracted in Miami has worsened, and in the interest of making a full recovery, all further touring plans have been halted. Morrissey thanks his fans for their compassion, understanding, and well-wishes during this difficult period as he recuperates.”

Of course, Morrissey was also forced to cancel last year’s North American tour due to an array of health issues, most notably a bleeding ulcer and Barrett’s esophagus and double pneumonia. While he seemed to be as fit as a fiddle during his this latest jaunt, tearing through a number of shows, his travels have once again derailed. Hopefully he’ll recover in time for the July 15th release of his new album, World Peace Is None of Your Business.