Watch: The Decemberists perform Castaways and Cutouts in full 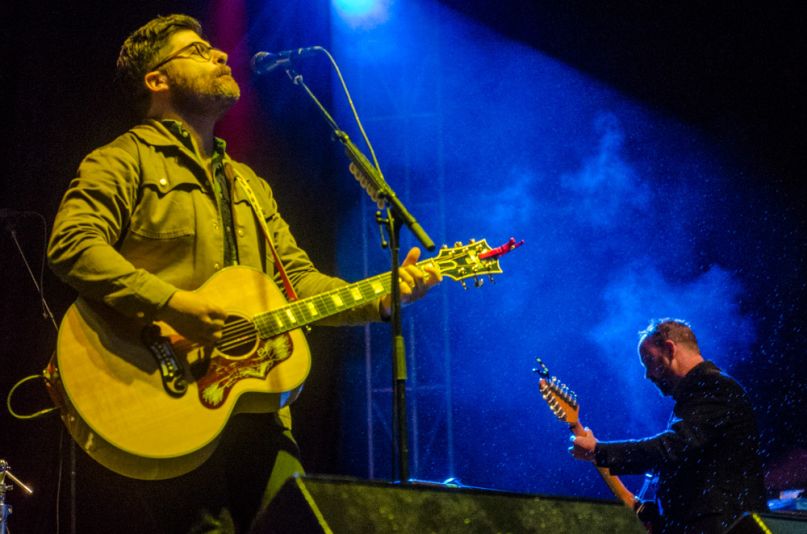 The Decemberists // Photo by Ben Kaye

The Decemberists have been on the comeback trail of late with performances at Boston Calling and the Pawnee-Eagleton Unity Concert. Last night, the band took the stage at the Crystal Ballroom in their hometown of Portland and proceeded to perform their 2002 debut, Castaways and Cutouts, in full, as well as a second set of greatest hits and fan favorites.

The performance was part of a benefit concert dubbed V is for Victory”, which raised proceeds for the Victory Academy, a speciality school catered to kids with autism.

Below, check out the full 25-song setlist, plus video of “Here I Dreamt I Was an Architect” and “Odalisque”.

The Decemerbists are currently working on a new album, their first since 2011′sThe King Is Dead. It’s expected to see release later this year.

“Here I Dreamt I Was an Architect”:

Set 2:
The Crane Wife 1 & 2
The Crane Wife 3
Down by the Water
Calamity Song
Rise to Me
Rox in the Box
Won’t Want for Love (Margaret in the Taiga)
The Rake’s Song
The Engine Driver
Dracula’s Daughter / O Valencia!
16 Military Wives