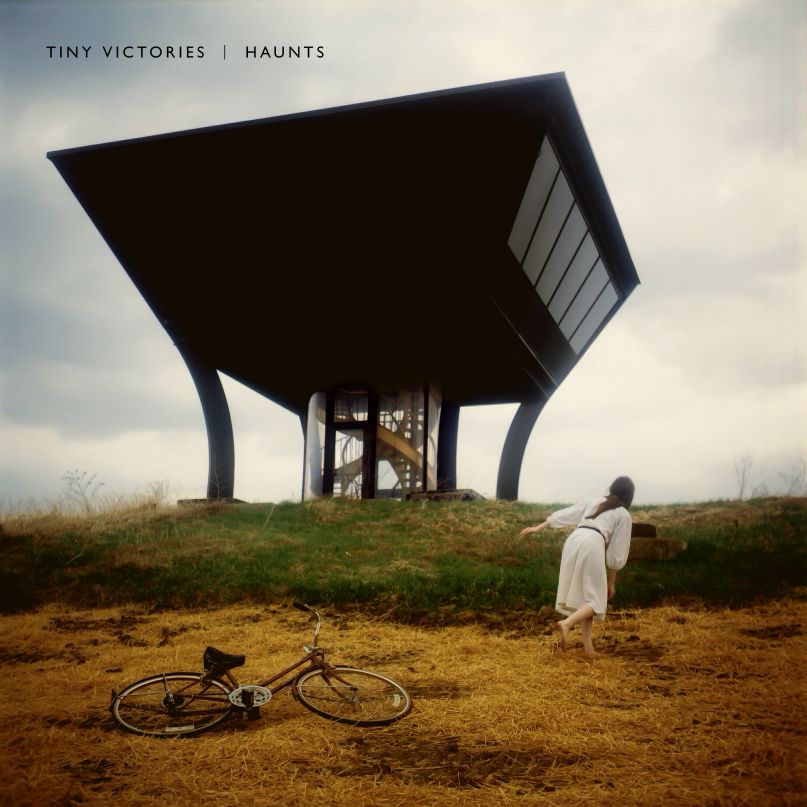 Brooklyn electro-pop duo Tiny Victories will release their debut album, Haunts, on June 10th via indie label The Sleepover Party. In anticipation, the LP is streaming in full below.

The 11-track effort follows their the band’s EP, Those Of Us Still Alive, which they supported with lengthy tours alongside Ra Ra Riot, White Denim, and Maps & Atlases. When they get off the road, the band linked up with producer Alex Aldi (Passion Pit, The Walkmen), recording the album over the course of a year in his Brooklyn studio. The record’s preceded by three singles, “Systems”, “Scott & Zelda”, and “Drinking With Your Ghost”.

Before they made music full-time, vocalist Greg Walters and drummer Cason Kelly had some rather demanding day jobs. Prior to 2010, Walters worked as a foreign correspondent, covering the Orange Revolution in Ukraine, the Tulip Revolution in Kyrgyzstan, and the Russian-Georgian war. Meanwhile, Kelly spent time as a social worker in New York City. In a press release, both men cite being burned out and looking for something new as primary reasons for starting the band.

It’s perhaps in spite of the duo’s origins that Haunts proves to be decidedly upbeat. Walters’ voice sounds reminiscent of Interpol’s Paul Banks, but with less sneer and more enthusiasm. The spry production highlights the band’s knack for anthemic synth arpeggios and dynamic, booming drums.

According to a press release, “Their new album is a statement of purpose — and a point of arrival. The songwriting has evolved in a more focused direction, with a tighter structure, while Greg Walters and Cason Kelly continue to build on the experimental sonic architecture that fascinated them in their early days.”

Tiny Victories will be on tour this summer. Consult the schedule below.