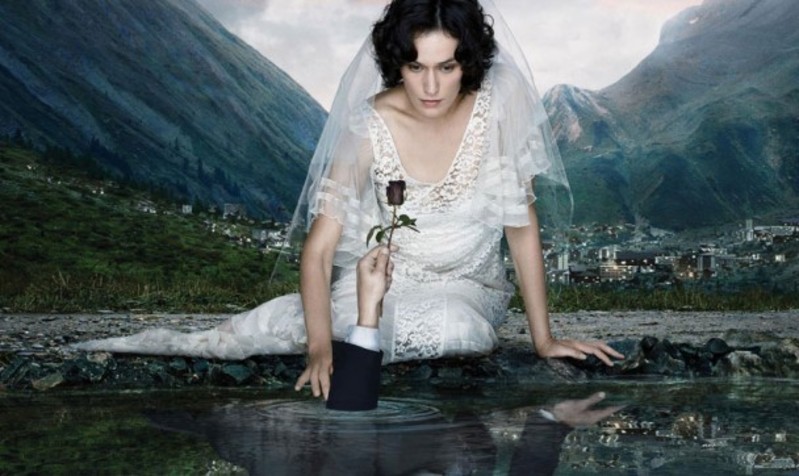 Back in 2012, when producers adapted the French zombie film Les Revenants for television, they tapped Scotland’s Mogwai to provide the soundtrack. The result led to songs like “Wizard Motor”, an airy, warbling synth ballad that purveyed a sense of emotional fragility and impending doom. (FYI: those are the two dominant emotions once faces in any threat involving undead cannibals. Those, and an extreme willingness to use guns.)

Now, A&E has announced an upcoming American adaptation entitled The Returned. For this latest version, producers have enlisted Nicolas Jaar — one-half of Darkside, alongside Dave Harrington — to create the score. According to a press release, the U.S. version follows the same formula of its predecessors, using the backdrop of reanimated loved ones to explore interpersonal relationships in a small town:

The Returned focuses on a small town that is turned upside down when several local people, who have been long presumed dead, suddenly reappear, bringing with them both positive and detrimental consequences. As families are reunited, the lives of those who were left behind are challenged on a physical and emotional level. Interpersonal relationships are examined with intrigue and depth as strange phenomena begin to occur.

As Pitchfork points out, the series will be produced by Carlton Cuse (Bates Motel) and Raelle Tucker (True Blood), who will each write several of the first season’s 10 episodes. No actors have yet been cast. For a taste (zombie humor!), the French Les Revenants is currently streaming on Netflix.

The Returned serves as the first official soundtrack gig for the American-Chilean musician. In addition to his work with Darkside, Jaar has released a handful of EPs and full-lengths, a sizable amount of remixes, and is also the founder of two art houses/record labels, Clown & Sunset and its successor Other People.

Below, check out a few Jaar samples that this writer thinks would serve as an excellent basis for a zombie soundtrack. Dance music + the undead = Golden Globe wins.