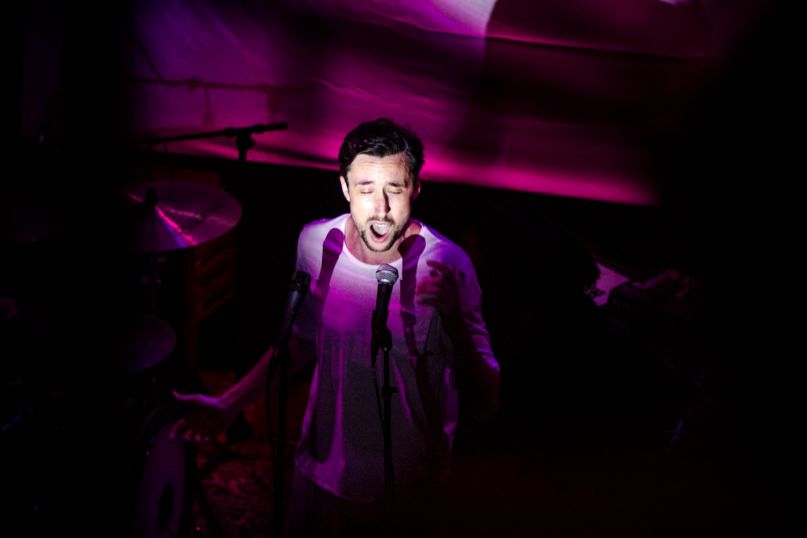 On Wednesday night, How to Dress Well’s Tom Krell hosted an intimate record release party for his forthcoming third studio album, “What Is This Heart?”, at New York City’s Slipper Room. With two weeks to go before the album surfaces, Krell enjoyed his time amongst friends, publicists, and writers as he performed new material alongside old fare such as “Cold Nites” and “Suicide Dream 1”. The latter came with a story about how he originally penned the track following a close friend’s death, and how he’s since found solace in revisiting it. Didn’t make it out? Click through the gallery below and catch Krell this fall when he returns to the much bigger Irving Plaza.