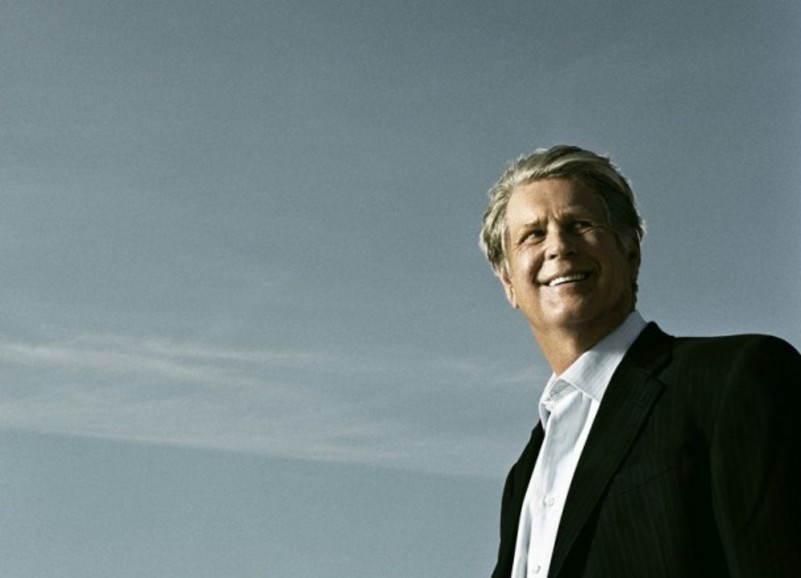 Last year, it was reported that Brian Wilson was at-work on the follow-up to his 2008 solo record, That Lucky Old Sun. While he was without the Beach Boys name, Wilson was joined in the studio by an equally illustrious crew in Jeff Beck and fellow Beach Boys Al Jardine and David Marks.

Now, it appears Wilson’s expanding his little beach party bonanza. In a post on his official website, the legendary songwriter shared a blurb from a forthcoming issue of Rolling Stone that announces a few more possible A-list contributors — namely, Frank Ocean, Zooey Deschanel, and Lana Del Rey. Mike Love who?

Songs in contention for Brian Wilson’s next album range from the sassy ‘Sharing a New Day; with Kacey Musgraves to the space-age bossa nova ‘On the Island’ with Zooey Deschanel to the haunting ‘Last Song’ with Lana Del Rey. Another possible highlight: ‘Special Love’, potentially featuring Frank Ocean. ‘This project blows my mind,’ Wilson says. ‘I had no idea we could pull this off!’

Each of the three acts have a rather pronounced interest in Beach Boys. Ocean has previously said he drew inspiration for his upcoming album by binge-listening to The Beach Boys. Meanwhile, Deschanel, as part of She & Him, has covered “Wouldn’t It Be Nice” on a number of occasions. Even Del Rey seems drawn to the Wilson sound, as her Ultraviolence single “West Coast” has clear vibes of, um, “Good Vibrations”.

In October, Wilson told Billboard that he had already made significant process on the album. “We have eight or nine songs done, and we need three or four more songs,” he said. “Most of it is very mellow kind of stuff, mellow harmony, not very much rock ‘n’ roll yet. It’s a pretty unique album. It’s very different than anything I’ve ever done.”

The issue with the Brian Wilson story hits newsstands on June 19th. Below, watch Deschanel cover “Wouldn’t It Be Nice” back in 2010: