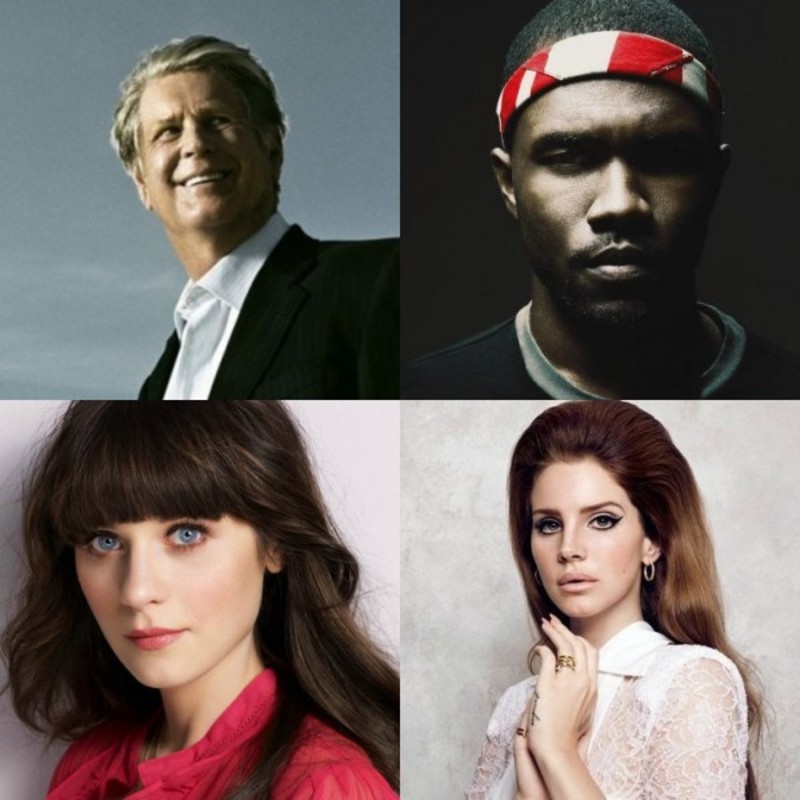 Just yesterday, Brian Wilson revealed that his forthcoming solo album could feature appearances from Frank Ocean, Zooey Deschanel, and Lana Del Rey. Within hours of the announcement, Wilson’s fans have marched en masse to the singer’s Facebook page to vent their outright disapproval. While the thread is already quite active, here are just a few of the more noteworthy detractors:

— “To me these collaborators represent exactly the type of pop fodder that is the very antithesis to what I associate with a genius like [Brian].”

— “Sounds to me like a Santana Supernatural project, just so he can cash in.”

— Then there was this guy: “As long as Al Jardine is on those tracks and most of the album it should be stellar. Because after all, Al Jardine is the man!”

In a follow-up Facebook post, Wilson implored fans to “wait until the album comes out” before making any judgments, adding, “I think you just might dig it as much as I do.”

To my fans: it kind of bums me out to see some of the negativity here about the album I’ve been working so hard on. In my life in music, I’ve been told too many times not to fuck with the formula, but as an artist it’s my job to do that – and I think I’ve earned that right.

I’m really proud of these new songs and to hear these great artists sing on them just blows me away. I love what we’ve done.

I would think that after making music for more than fifty years, my fans would understand that I’ll always do what’s in my heart – and I think that’s why you are my fans. So let’s just wait until the album comes out because I think you just might dig it as much as I do.

Still, the reaction wasn’t all terrible. Many fans lent their support, writing notes like “Brian Wilson — always a step ahead, always adventuring, resiliently creative” and “Music is the soul speaking. You, and Paul McCartney, don’t stop talking and I, for one, don’t mind that at all.”

One fan even observed: “From the very beginning Brian was working with outside artists. Back then, his band and father would bitch at him to ‘keep it in the family’. When Brian pulled back from the Beach Boys to work on other projects he was always chastised and pushed back into the beach boys mold.”

The original Rolling Stone blurb describes his work with Deschanel, “On the Island”, as “space-age bossa nova,” while calling his duets with Del Rey and country singer Kacey Musgraves “sassy” and “haunting,” respectively. Even if those frighten fans, the record still features fellow Beach Boys Al Jardine and David Marks, so there.

Below, revisit a little album that no doubt generated a similar sense of anxiety and uncertainty for Beach Boys fans. It’s called Pet Sounds, ya heard of it?